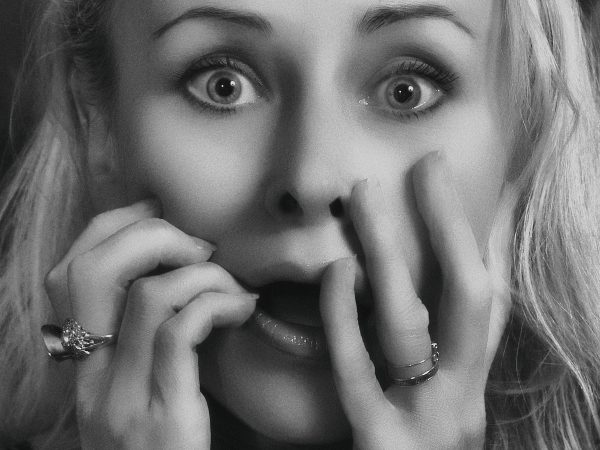 Photo by Alexander Krivitskiy on Unsplash

When we were children back in the stone age, it was not uncommon to hear a parent say, “Watch your language!” It was sometimes punctuated with “young man” or “young lady.” Our language reflected the cultural values of the time. Certain communications were expected, and others definitely frowned upon. When speaking to adults we were expected to say, “yes sir” or “yes ma’am.” We did not refer to adults by their first name, ever, because that would have been considered disrespectful. We were reminded to say “please” and “thank you.” Extending respect to our elders, including teachers and neighbors, and then to our peers was the expected norm.

There were quite a few subjects which were discussed in euphemistic terms because it was considered taboo to be more direct about these particular “sensitive subjects.” We see that reflected in All in the Family in the main character, Archie Bunker. When his daughter announced that she was “pregnant,” Archie cringes and tells her not to “say that word.” Archie, of course, was meant to be an unflattering caricature figure of the older and supposedly “uptight” generation,” so his lines and arguments were intended to make him look silly and out of step with the more enlightened “younger generation.” All in the Family was a reflection of the change taking place in culture and society regarding what was and wasn’t acceptable communication. Truth is, All in the Family was probably more than a mere reflection of the change in our culture, but was itself actively engaged in bringing about change by ridiculing past cultural language and behavioral norms. Every generation changes language and mores in some ways – we call that a “generation gap.” But it seems to us our own generation, the Baby Boomers, were pretty successful in bringing about an absolute Tsunami of change in the character and morals, along with the language, of this nation in such a short time. The younger generations have continued apace in the Boomers footsteps. In these times, someone would probably be considered “uptight,” not just for their supposed “repressed” way of speaking, but if they hold to any moral positions at all. Yet, truthfully, we cannot imagine anyone being more “uptight” and rigidly inflexible than many young adults today. To have to even hear a different opinion to the one they hold expressed can consume them with rage, and free speech (other than their own) is a foreign concept to many of them.

The short piece, What is the relationship between language and culture? makes an interesting point:

Language is used not just as a tool for the exchange of information, but as a symbolic system with the power to create and shape symbolic realities, such as values, perceptions, identities through discourse.

How we speak to one another reflects and shapes how we see the world around us and informs us how we are expected to behave and treat one another. That we disagree politically, religiously, or even morally today isn’t in itself any different than it ever was in the past. But how we treat others, or even think of others that disagree with us seems to have undergone a tremendous sea change. Debates have always been part of civil discourse, but respect for persons whose views differed from ours was expected in most social settings in the past. As language has changed so too has civility. People seem to be more than willing to harshly castigate and verbally abuse, and even go so far as to destroy the reputation or livelihood of those who do not share their ideas. It is not a long way from public shaming or verbal abuse to physical altercation, and we do seem to be seeing much more political upheaval and violence in recent times. We do of course have examples of past political violence in our history. The Civil War in the 1860s immediately comes to mind. The American Revolution was also a civil war of sorts, since the colonists were starkly divided between those who wanted to split from Great Britain, and those who remained loyal to the crown. But more civil and respectful discourse held sway for a fairly long time and seems now to be crumbling.

There are three passages of Scripture which come to mind in the area of communication and behavior. In Ephesians the Apostle Paul writes,

Let there be no filthiness nor foolish talk nor crude joking, which are out of place, but instead let there be thanksgiving.( Ephesians 5:4)

Now there is a “watch your language” statement if we have ever heard one.

Christians in the first few centuries were expected to speak to one another with respect and kindness. If correction of a brother or sister was needed, such correction was to be done only by someone mature in the faith, with great care and gentleness, knowing how far from perfect we all are.

Brethren, even if anyone is caught in a trespass, you who are spiritual, restore such a one in a spirit of gentleness, each one looking to yourself, so that you too will not be tempted. (Galatians 6:1)

They were to respect one another without regard for their station in life – whether slave or free, Jew or Gentile, or male or female – and they were reminded to see others as more important than themselves and to treat them accordingly. They saw each other as created in God’s image, and believed life itself was holy and sacred, which is why they were so intent on rescuing persons whom the culture had thrown away and taking care of them. Non-Christians saw their love for each other and even for outsiders, and it eventually changed the pagan culture into which Christianity was born. Even the way they handled people who were challenging their beliefs was supposed to be carried out with grace. Were they to give an answer? Yes – but they were to do so with respect.

In Colossians the Apostle Paul wrote,

Walk in wisdom toward outsiders, making the best use of the time. Let your speech always be gracious, seasoned with salt, so that you may know how you ought to answer each person. (Colossians 4:5-6)

And in another passage, Peter writes:

Always be prepared to give an answer to everyone who asks you to give a reason for the hope that you have. But do this with gentleness and respect. (1Peter 3:15 NIV)

We must be careful how we act and what we say because we are being watched by people who need God and need to hear the gospel. It is certainly not always easy, especially if we are being treated disrespectfully in return, but it should always be the attitude we strive for. Why? Because it is important to put other’s eternal welfare in front of our “feelings.”

But what about our rights? Paul also wrote concerning these:

In his 1961 Inaugural Address, the young President, John F. Kennedy, in keeping with the cultural language and expected behaviors of the day said,

His admonition was about putting the good of the country before our own feelings – a rather old-fashioned ideal. It often seems today that people would happily destroy the country and anyone who disagrees with them if they do not get their way on one thing or another. President Kennedy concluded his remarks by calling on God. How quaint!

Our culture has certainly undergone massive change since those days. It has chosen angry, divisive, arrogant and abusive communication – and often action as well. Perhaps we shouldn’t be too surprised about this though. The same apostle, Paul, wrote something very interesting in 2 Timothy,

But understand this, that in the last days there will come times of difficulty. For people will be lovers of self, lovers of money, proud, arrogant, abusive, disobedient to their parents, ungrateful, unholy, heartless, unappeasable, slanderous, without self-control, brutal, not loving good, treacherous, reckless, swollen with conceit, lovers of pleasure rather than lovers of God, having the appearance of godliness, but denying its power. Avoid such people. (2 Timothy 3:1-5)

This sounds like a fair description of a nation that has abandoned God and the Judeo-Christian moral values upon which the nation was established. But let us as Christians hold on to our God and our faith. We need both, more than ever.Ω