In the Beginning - Heresy
Joshua Harris - Kissing WHAT Faith Goodbye? 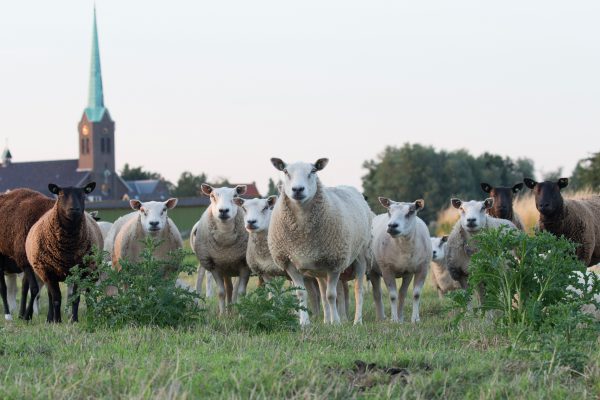 Photo by Anne Zwagers on Unsplash

After I spoke at a church this past weekend, I was asked, “How is it that so many celebrity preachers, celebrity Christian authors, and celebrity pastors take the stage with known (and popular) false teachers?” There are, of course, many possible reasons. It could be they seek to maintain or add to their own personal popularity. It may boost their ego to speak to large crowds of 25-50,000, or it may boost their personal wealth when they can sell books well into the seven-digit range.

Another reason is most likely because of personal friendship between pastor and celebrity. When we were addressing Murray J. Harris’s false teaching on the Resurrection, nearly all of the professors at Trinity College defended Harris, and many outside of the institution defended him as well. “He is a nice guy,” they said. “He is a faithful husband,” we were told. “He is a brilliant scholar on the original languages,” it was claimed. All of those things may have been true, but none of them addressed the problem at all. Unfortunately, nice men and women, faithful spouses, and brilliant scholars can slip into heresy the same as nasty guys, cheaters, and dim bulbs. Our focus did not encompass his personality or scholarship. We were solely concerned with his teaching that the Resurrection was not physical. He essentially took the same view on the Resurrection as the Jehovah’s Witnesses! Dr. Norman Geisler discussed this issue with Dr. Charles Stanley at the time and wondered why Harris had so many defenders with so few willing to address the real issue at hand. Geisler said that Stanley replied, “It’s fraternity over orthodoxy.” Murray Harris was their friend. They couldn’t imagine their friend would hold a heretical view; so rather than admit the problem and lovingly correct him, they defended him. We think a similar thing happens with so many celebrity teachers, celebrity authors, and celebrity pastors and even local pastors. They meet and begin working with popular false teachers and find them engaging. They are nice, perhaps funny, maybe happily married with great children and fabulously cute grandchildren. Because of the friendship, they are no longer willing to hold them accountable for what they are teaching out of fear of harming or even losing the friendship.

I have a friend—a pastor whom I care about deeply. He has been a faithful leader, solid Bible teacher, and servant of the Lord for a very long time. Sadly, though, I have noticed some issues in the last couple of years concerning who is invited to speak in the pulpit when he is absent. When I first was made aware of a questionable guest speaker, I wanted to let it go by; but I had a problem—Proverbs 6 kept haunting me:

Faithful are the wounds of a friend; profuse are the kisses of an enemy.

Do I care enough about truth, or about him, to speak up; or should I just look the other way for fear of offending my friend and, perhaps, even losing his friendship? It is true that we can overlook many flaws in our friends such as their egregious choice of ties or chronic lateness, for example; but there are truths that are much too important to compromise. I emailed him, and I noted a bit of a chill in his response. The speaker, it turned out, is a friend and seminary professor of one of the church staff – there is the fraternity angle. My friend asked me if there has been anything in his own teaching that is questionable or unbiblical. To my knowledge, no, there had not been; but his role as a pastor is about much more than just teaching. He and the elders are entrusted to “guard the flock” from false teachers creeping in or arising from within (Acts 20:28-30). They are to prevent the spread of false teaching. My friend has not responded to my emails since that exchange. Fraternity over orthodoxy at work? I sadly believe that is so.

Not long after that, I became aware of yet another guest speaker who was in the pulpit of my pastor-friend’s church. This guest speaker, who is a devoted follower of Panentheist/Perennialist Father Richard Rohr, spoke and even led the congregation in an Eastern Metaphysical-type mediation. About the only things missing were incense and Ravi Shankar’s Sitar music in the background. Prior to this particular speaker’s appearance, one of our associates had noted concerns to the pastor about the speaker’s teachings. Our associate cares deeply for the pastor and the congregation and gave the pastor information and links regarding Rohr. The pastor’s response was a thank you, but that in his opinion, the links didn’t represent a fair description of the speaker personally and his teaching. He knew the speaker in question, and both the speaker and his wife are friends of the pastor and his wife. However, that brings up a question: If he truly cares for his friend, why would he stand by and watch him drown in heresy? Again, fraternity over orthodoxy.

Very recently, it was revealed that the church staff had all been trooped through Enneagram training, and now proudly display “their number” on their bio on the church website and under their name on their office door. Enneagram training is the latest heretical virus sweeping the church through “trusted” Christian publishers Zondervan, Intervarsity Press, and Christianity Today, and celebrity pastors like Andy Stanley. As recently as 2012, the Enneagram was mainly relegated to esoteric Catholicism and New Age adherents, promoted in such books as The Secret Power of You: Decode Your Hidden Destiny with Astrology, Tarot, Palmistry, Numerology, and the Enneagram. In a mere seven years, it has been marketed to and popularized in the Evangelical church – one friend and one church at a time.

In 2000, we discovered Gwen Shamblin and her “Weigh Down Workshop” was in 30,000 churches across 60 denominations. Shamblin denies the Deity of Christ, the Doctrine of the Trinity, salvation by grace through faith alone; but again, “trusted” Christian publishers, periodicals, and friends endorsed her.

The Apostle Paul’s warning to the Ephesian elders is more relevant than ever to the church “shepherds” of today:

Therefore, I declare to you today that I am innocent of the blood of any of you. For I have not hesitated to proclaim to you the whole will of God. Keep watch over yourselves and all the flock of which the Holy Spirit has made you overseers. Be shepherds of the church of God, which He bought with His own blood. I know that after I leave, savage wolves will come in among you and will not spare the flock. Even from your own number men will arise and distort the truth in order to draw away disciples after them. So be on your guard! Acts 20:26-31Ω

In the Beginning - Heresy
Joshua Harris - Kissing WHAT Faith Goodbye?