Liberals, NAR, Mormons and the Appeal to Experience 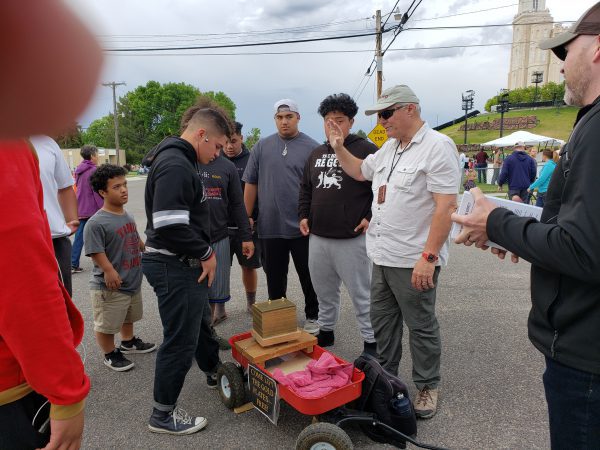 Sometimes when I speak in churches on the deity of Christ, I ask the congregation how many believe that Jesus is God? Most raise their hands. When I ask how many believe they could defend that claim, only a few would raise their hands. Then I’d pick someone with their hand in the air and ask them for their best argument, and sometimes the response would be, “I feel Him in my heart.” Not to say that feelings are bad certainly, but feelings or an appeal to experience, while such may seem to be confirming evidence for the individual, are not validation that the truth claim is actually true. J. Gresham Machen, in his 1923 book Christianity and Liberalism, makes the case that liberalism is truly a different religion than Christianity and spends some time on the question of experience. The reason he did so was that liberals in his day were contending that perhaps Jesus didn’t rise from the dead and were insisting the Scriptures were not really reliable. He writes:

As a matter of fact, however, the modern liberal does not hold fast even to the authority of Jesus. Certainly, he does not accept the words of Jesus as they are recorded in the Gospels. For among the recorded words of Jesus are to be found just those things which are most abhorrent to the modern liberal Church, and in His recorded words Jesus also points forward to the fuller revelation which was afterwards to be given through His apostles. Evidently, therefore, those words of Jesus which are to be regarded as authoritative by modern liberalism must first be selected from the mass of the recorded words by a critical process. The critical process is certainly very difficult, and the suspicion often arises that the critic is retaining as genuine words of the historical Jesus only those words which conform to his own preconceived ideas. But even after the sifting process has been completed, the liberal scholar is still unable to accept as authoritative all the sayings of Jesus; he must finally admit that even the “historical” Jesus as reconstructed by modern historians said some things that are untrue.1Machen, J. Gresham. Christianity & Liberalism (Kindle Locations 1057-1065)

The Jesus Seminar continued in that tradition in their Hysterical Search for the Historical Jesus, as do more contemporary liberals. Machen asserts liberals who want to abandon the historical evidences in the biblical record which are the bedrock for Christian belief – thus being the very basis for one’s salvation – and simply embrace some sort of “feel good” experience. Machen insists that “…Christian experience depends absolutely upon an event”2Machen, J. Gresham. Christianity & Liberalism (Kindle Location 988) and explains that liberals want an experience detached from authoritative biblical teaching:

May we not make ourselves altogether independent of the results of Biblical criticism? No matter what sort of man history may tell us Jesus of Nazareth actually was, no matter what history may say about the real meaning of His death or about the story of His alleged resurrection, may we not continue to experience the presence of Christ in our souls?

Machen’s criticism could easily apply to many other groups as well. Many religious sects and movements also try to assert mere “experience” as the validation of their beliefs. This is true of the New Apostolic Reformation. We ask in vain for biblical validation of such things as gold dust and feathers falling from the ceiling or Christian Tarot cards (called “Destiny Cards”) or “grave sucking” (absorbing the healing powers of a deceased faith healer by lying on their graves) because their having a purportedly religious “experience” is really all the verification they can offer. And such is grossly insufficient grounds for belief. We would have to use Machen’s words on this one as well, “Religious experience it may be, but Christian experience it certainly is not.”

Last week I (Don) was on a mission trip to Manti, UT for The Mormon Miracle Pageant. There were about 75 other Christian missionary apologists engaged in talking with the many Mormons who were there. My friend, Bill McKeever from Mormonism Research Ministries, brought a set of sheet metal plates the approximate dimensions of the “Golden Plates” which Joseph Smith Jr. claimed an angel named Moroni had given to him to translate. Bill’s replica weighed about 80 pounds. The actual Golden Plates, if Smith and Mormon scriptures are to be believed, would have weighed in at 200 pounds.4Some LDS authorities are trying to figure out ways to reduce the weight to 117 pounds. For a more detailed discussion on the story and the weight of the plates see Bill McKever’s How Heavy Were Those Gold Plates? Bill had a sign inviting the Mormons to lift the golden plates. Even at 80 pounds, secured to a base which allowed them to get their fingers under the plates to lift, they struggled to get them up. He then compared the weight they had lifted vs. what Joseph Smith’s “Golden Plates” allegedly would have weighed and proceeded to take them through the story claimed in Mormon scripture.

Here is the story. Supposedly, the angel Moroni directed Joseph Smith where to find the precious plates. He found them in a box under a rock, took them out and hid them I another location. That’s 200 pounds Joseph supposedly deadlifted from a hole in the ground. Over the next four years Joseph returned several times and relocated the plate. Later, according to the story told by his mother, Lucy Mack Smith, Joseph returned to carry them home – all 200 pounds – about 3 miles away. On his way home he was attacked by a robber which he fought off with one hand while holding the 200 pounds of plates in the other. He then “ran at top speed” but was waylaid again by another robber which he again fought off with one hand while holding on to the plates with the other. Then he again “ran at top speed” but was one last time assaulted by yet another highwayman, which he fought off single-handedly. He finally arrived home and handed the 200-pound stack of golden plates up through the window to his mother.

Now most non-Mormons would probably have grave doubts about this tale, but, after reciting the story to Mormons we ask them if this story is credible. The first response by Mormons is to cite Moroni 10:4, to pray over the Book of Mormon in order to receive an experience, a “burning in the bosom,” to confirm the truth of the claims to them despite the evidence to the contrary. Some indeed receive an experience that they interpret as God’s affirmation, but again, as Machen so eloquently put it:

Why is experience not a good evidence of claims? Machen explains:

Ebenezer Scrooge understood this. When his dead partner Jacob Marley showed up in his room, entering right through Scrooge’s locked door, ol’ Eb didn’t automatically assume his own experience was genuine. And so, ensued this conversation:

“You don’t believe in me,” observed the ghost.
“I don’t,” said Scrooge.
“What evidence would you have of my reality beyond that of your own senses?”
“I don’t know,” said Scrooge.
“Why do you doubt your senses?”
“Because,” said Scrooge, “a little thing affects them. A slight disorder of the stomach makes them cheats. You may be an undigested bit of beef, a blot of mustard, a crumb of cheese, a fragment of an underdone potato. There’s more of gravy than of grave about you, whatever you are!”

Scrooge may have been a nasty old miser who cared for nobody – and by all accounts he was – but we must at least credit him with having the sense to not to trust any “burning of his bosom” or any other merely sensual experience. After all, a “burning in the bosom” could very well be merely a “fragment of an underdone potato.” Truth is not truth because we FEEL it – truth is truth because its TRUE and can be validated by much more than mere feelings.

The Bible is a book that offers proofs. We are required to believe it’s claims for salvation, such as the Resurrection of Christ, are carefully validated by many evidences of its veracity. Our faith is not based on silliness, such as gold dust falling from the ceiling, or images of Mary on a tortilla, and certainly not any burning bosoms. The Bible urges us to be able to make a credible defense of the faith once delivered to the saints, (Jude 1:3) and this we also urge. Feelings are a bit like colorful balloons, temporarily entertaining but sadly, can be relied on to pop. Then what have you got? An unattractive little fragment of droopy rubber with jagged edges, very little substance and zero value. Certainly not something to put our trust in.Ω