The Cost of Leaving 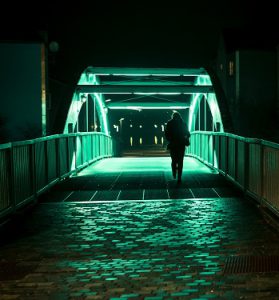 Photo by Andreas Dress on Unsplash

What is the cost of leaving a cult or false religious group? What does that even mean? Many well-meaning Christians are under the impression that being in a cult or false belief system is easily remedied by simply exposing bad theology and replacing it with correct theology. It isn’t so. My friend Jhan Moskowitz, perhaps one of the most gifted Bible teachers I have known, would sometimes start his talks at apologetics conferences by declaring that he didn’t like apologists. As you might guess, that grabbed the attention of the crowd he was addressing. He went on to explain the issue he had with apologists. “They think that if you give a good argument, they will believe. But faith is an act of the will, not a function of information. People choose to believe, they are not argued into belief.” He didn’t mean that relevant information is not important but was pointing out that there are many reasons why people believe what they believe and why they may choose not to change course and embrace the Gospel when it is presented to them, even if presented with very good rational reasons why they should believe.

We often receive calls from people looking for what we call the “silver-bullet” verse or argument; they want to know the one thing that will get their son or friend or Aunt Millie out of a cult group and into a true knowledge of the faith. They are often surprised or disappointed when we point out that such a surefire verse/argument doesn’t exist. Silver bullets are excellent for killing werewolves in novels, films, and fairy tales, but the Word of God is not a bit of magic pixie dust we can merely sprinkle on those trapped in false religion, which will get them free. Yes, of course we do use the Word of God and, yes, it is alive and active and sharper than any two-edged sword (Hebrews 4:12), but sometimes we have to think of the investment the cultist has made in “their truth” before we can understand what’s at stake for them should they walk away from a false religion and embrace the true gospel.

Two weeks ago, several of us were at a New Age psychic/angel channeler’s fair, talking with the presenters. Their resistance to what we had to say was not based upon rational thoughts and arguments. If the individual were to embrace Christianity and leave their New Age beliefs behind, it would probably cost them many of their friends – and their business as well. The loss of personal relationships is very painful, and so is the loss of one’s livelihood. That sets up quite a barrier to belief in the Gospel, as it likely affects one’s ability to even hear, much less consider what is being said.

We have met with Jehovah’s Witnesses who were born into their belief system. Grandma or Mom and Dad embraced it many years ago, and it is all they have known from a very young age. Even as we talk to them and address the problematical doctrinal issues of their belief system, we know that if they embrace what we are telling them, it would cost them their entire family and most of their friends, since JWs are heavily discouraged from having friends outside the religion. They also put their marriage in jeopardy and often lose their children when they leave that group. In one case we were involved in, a fourth generation JW (and thankfully her husband also) rejected the Watchtower and embraced Jesus Christ and the salvation He provided. On that day this woman lost 64 family members. That is a very high cost to pay. Another dear friend, Joan Cetnar, who also was a fourth generation Jehovah’s Witness, along with her husband, the late Bill Cetnar, left the Watchtower. (He had been on staff at Watchtower headquarters in Brooklyn, NY.) In their case, coming to the faith cost her a very substantial inheritance, along with the loss of both of their families. She never was able to speak to her own mother again. To this day, although she mourned the painful loss of family, she doesn’t regret the decision and often quotes Matthew 19:29 when she looks at the audience of ex-JW conference attendees:

And everyone who has left houses or brothers or sisters or father or mother or children or lands, for my name’s sake, will receive a hundredfold and will inherit eternal life.

Leaving a cult or false religious group isn’t as simple as a Christian leaving one church and joining another. Unless one is attending a very extreme and indeed cult-like church, no one turns their back on you for going elsewhere. People who leave do not generally lose their friends and family. But those leaving cults often must put their whole life back together after leaving. At the same time, they must reassess everything they were taught over the years to determine just what is true. What should they believe? Should they trust Christians? After all, they have been taught that all the churches are part of the whore of Babylon, world empire of false religions. Why not give up on God and become an atheist? Or why not give Wicca a try? Or perhaps build your own eclectic religion based on what you hear from wherever and decide you like? No rules and no bothersome idea of absolute truth to constrain you – that sounds cool… And many ex-cultists do just that – and end up wandering around in the wilderness for many years, or perhaps their whole lives. And of course, the above applies to many other cults and religions besides the JWs. Most cult groups cannot be broken away from without very painful losses and extreme confusion.

Our calling as apologists – and it is not every Christian’s calling – is not only to present the gospel with clarity and kindness to the best of our ability and with the grace given to us, but to be prepared to stick with them to offer long range help and biblical guidance should they make the very difficult decision to leave their group. Don often contacts some churches and/or pastors in the person’s geographical area to explain their situation and perhaps enlist their help, should the ex-cultist decide to go to their church. We often have to walk with the former cultist through the pain of loss of family and other loved ones. Time, prayer and care is what they need from us – and what they will need from the body of Christ, once they land in a church.

I recently had lunch with a pastor who was concerned that his church didn’t seem to be very evangelistic. He has instituted various programs with little change and wondered what I thought. I suggested that like those in cults, there is a cost to Christians in leaving the comfort and safety of their church to seek out the lost. Someone may ask questions for which they fear they will know no answers. Also, in our day when belief in absolute truth has become somewhat unpopular, one may face some measure of scorn when they attempt to share their faith with others. They may surmise that it is better to stay with the herd than to seek the lost lamb. Hey, it looks pretty dark and unwelcoming out there.

I told this pastor that although he is a good solid Bible teacher, there is something his people need that only God Himself can provide – love for the lost. He needs to pray that God will bring someone into the life of each of his people who they will not be able to bear to see eternally separated from God. This lost person does not have to be a cultist – it could be a neighbor or a hairdresser.

This is exactly what happened to Joy and me and so many others with whom we labor. We all met a person or persons who God caused us to really care about – and we came to love that person with a love that can seem perhaps even irrational at first. Why did we come to care about JWs enough to learn everything we had to learn and to pray diligently for them? It’s no big mystery. Joy met a group of JW women on a Monday morning bowling league that she came to really care about. That’s really all it took. Love is the key to evangelism. Once God lays someone on your heart – whether a JW, Mormon, Muslim, or whatever – there is no amount of money and/or time you would not invest to learn what you need to know in order to share with that person. There is no amount of prayers you wouldn’t offer up to the throne of grace on their behalf. The cost of leaving a cult is great. The cost of leaving someone you love in a cult is far greater.Ω