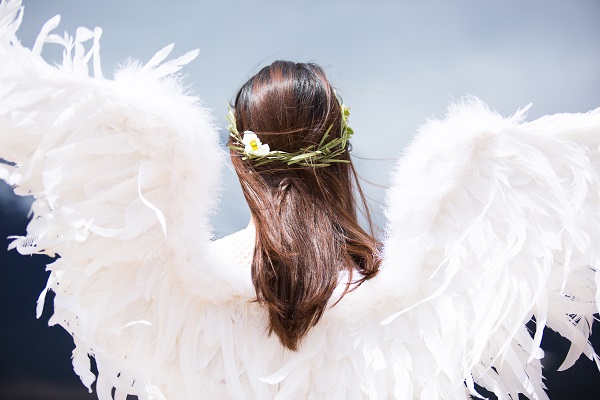 We find angelic communications to humans quite a number of places in Scripture. An angel appeared to Zechariah with the news that he and his wife Elizabeth would have a son (Luke 1:13). Mary, a young Jewish virgin, who was engaged to be married, had a similar encounter and was told she would have a son conceived by God (Luke 1:26-38). And, while her husband-to-be Joseph was deciding the kindest way to call off his

marriage to Mary, whom he discovered was “with child,” an angel dropped in (appeared in a dream) to assure him she had been completely faithful, and he should go ahead and marry her. (Matthew 1:20)  So, what about Christians today? Should we be expecting an angelic visitation to bring us special news from God?

There is a huge infatuation with the angelic realm today. A quick search on Amazon.com gives over 600,000 results for “angels.” Google and other search engines take the results into the billions. Television programs such as Touched by an Angel and others (Wikipedia has 48 pages of listings of programs about or containing angels) have been very popular. Interest in angels is very high. But are angelic communications to human beings normative? Are angels hanging around to give us guidance in decision making or predicting our future? If angels do not visit us, should we try to contact them? Many people today are seeking to contact angels through mediums or various rituals. But should Christians be seeking encounters with angels? And, if we had contact with an angel, how could we be certain that he would be a good angel from God rather than a lying spirit?

It is not an idle question. After all, many cult groups and world religions today were started because a supposed “angel” appeared to the founder and delivered the one and only correct religion into his or her hands. Angels appeared to Joseph Smith, Muhammad, Joseph Rutherford, (Second President of the Watchtower Society), and countless other cult leaders. These supposed “angels” communicated important eternal “truths” to them. Marshall Applewhite of the suicidal Heaven’s Gate had higher beings (extraterrestrials) imparting truth to him. Since these cults/religions are quite starkly different in the belief systems these “angels” propagated, then obviously, these “angels” were either liars or very confused about what was true. Of far greater importance, none of these “angels” is in agreement with biblical angels, nor are their gospels in agreement with the true gospel of Christ.

In a short article like this we cannot cover every nuance on the topic. For those interested, Ron Rhodes 2014 book, The Secret Life of Angels  can be very helpful. Our focus here is fairly narrow. We just wish to consider the question we raised above: Are all angels good and truthful, or are countless numbers of people perhaps being deceived into contacting spirits that do not wish them well? 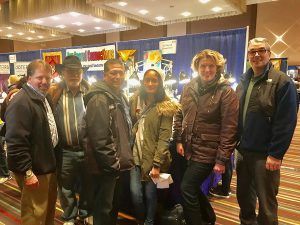 Recently a small group of apologists and I went to a New-Age type psychic fair in our area. There were perhaps 100 exhibition booths. There were a variety of exhibitors and venders including a Christian Science booth, groups promoting various newly arrived messiahs, and several selling “spiritual” jewelry and other supposedly spiritual items. The majority of the booths were hosted by channelers and psychics. Some claimed to be able to contact departed loved ones, others claimed to be in contact with angels, while some claimed the ability to do both. They offered readings to people who wanted to know their future, or who needed guidance making difficult decisions. We talked to several of them, but strangely, they hadn’t known ahead of time we were coming. That’s odd. It seems the beings/spirits which guide them had no clue that we were in their very near future! If I were a psychic that would probably trouble me. Here they are, telling people their future, and a band of evangelical Christians show up without their familiar spirit giving them any warning at all!

I didn’t attempt to dissuade them by challenging their claim to be communicating with an angelic entity. They are highly invested in their spiritual channeling, financially as well as emotionally, and people tend to protect and defend their investments. So, I asked a different question. “How do you know whether the angel you are in communication with is a good or evil angel?” In every case the question caught them by surprise. The character and/or motives of the beings they may be in contact with was never even considered by them! There is a widespread underlying assumption that the entities they are in contact with are benevolent and working in their best interest.

The first psychic I spoke with, Adrianna, after considering my question for a minute or so, explained that there are no evil angels. In fact, there isn’t any such thing as evil! She confidently asserted that evil is simply a problem with one’s perception. For example, if an infant gets sick and dies, we might think that is evil but actually the death simply presents a lesson to be learned, because everything is god and evil is merely an illusion. You see, there really is no baby or you or me – and certainly no good or evil. There is only god which is everything and everything is god. This is basic pantheism, which is found in most Eastern mysticism, and which attempts to elevate humans to the status of gods. It was an open door to test her claim so I asked, “If everything is god – if the rocks are god, the trees are god, the table you are standing next to is god, you are god, and I am god – then what my cat left in the litter box must also be god. Instead of elevating us to godhood, wouldn’t that make us all exactly equal to the lowest of everything?” Her attempt to dodge the issue of whether the beings she was contacting could possibly be evil was to deny there is evil at all.

Another conversation we had was with “Rose,” who does “angel readings.” I basically asked her the same question. “How do you know if you are communicating with good or evil angels?” She responded by asking, “Why would evil angels communicate with us?” Now that is the right question. The answer, which I relayed to her and others is that fallen angels want to deceive us in order to keep us from believing in the true God and being saved. It is no more complicated than that. Demons (fallen angels) don’t care if we have a religious belief in God. They don’t really care if we attend church. They are even fine with providing information that we might think is good or helpful, provided it keeps a person’s focus away from the one true God and our desperate need for salvation. The most dangerous lie isn’t the one that is absolutely false, but the one that contains partial truth. There is a spiritual realm, and angels operate in that realm. Fallen angels do so with the intent to deceive. The Apostle Paul warns about that is 1 Timothy 4:1:

Now the Spirit expressly says that in later times some will depart from the faith by devoting themselves to deceitful spirits and teachings of demons. (ESV)

So how would a person know whether a specific spirit was a good angel or a lying spirit? A person would know by what the spirit says, by what it teaches. That teaching must be tested by the Bible to see if it agrees with the biblical gospel. Do they teach there is no good or evil? Do they teach, as did the serpent in the Garden, that you can become a god yourself by accepting their supposed higher knowledge as true? Do they promote seeking out communication with spirits, when the Bible condemns that practice as a great evil? Do they say there are many roads and paths to God, when Jesus said that He was the only way to God? Do they deny that human beings are sinners in need of salvation?

Evidently some people are throwing you into confusion and are trying to pervert the gospel of Christ. But even if we or an angel from heaven should preach a gospel other than the one we preached to you, let them be under God’s curse! As we have already said, so now I say again: If anybody is preaching to you a gospel other than what you accepted, let them be under God’s curse!

So many people are unwittingly putting their trust in spirits promoting a false gospel. Some have never known or accepted the true gospel, and myriads of others have once known but drifted away from the faith, and the knowledge of the true gospel. Paul, writing in Second Corinthians, tells his readers how easily this can happen:

But I am afraid that just as Eve was deceived by the serpent’s cunning, your minds may somehow be led astray from your sincere and pure devotion to Christ. For if someone comes to you and preaches a Jesus other than the Jesus we preached, or if you receive a different spirit from the Spirit you received, or a different gospel from the one you accepted, you put up with it easily enough. 2 Corinthians 11:3-4 (NIV)

For such people are false apostles, deceitful workers, masquerading as apostles of Christ. And no wonder, for Satan himself masquerades as an angel of light. It is not surprising then if his servants also masquerade as servants of righteousness. Their end will be what their actions deserve. 2 Corinthians 11:13-15 (NIV)

So, if an angel comes to you or is “channeled” to you, saying that they can impart special knowledge that you won’t find in that old Bible, we would urge you to hand him his hat and send him right out the door…Don’t accept a new and shiny deceptive substitute, even from an apparent “angel” – hold on to the true Jesus and the true Spirit. And hold on to the true gospel – It is the only one that saves.Ω