Everything Old Is New Again
The Gate: Dawn of the Baha'i Faith - A Review 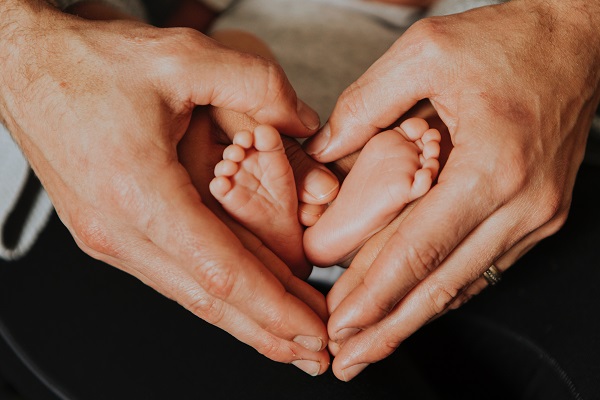 Photo by Rawpixel on Unsplash

Are society and culture most impacted by changing laws or changing hearts? The United States has witnessed what seems like a fundamental transformation in morality and laws over the last ten or 20 years. In truth, however, this “revolution” has been in the making for well over 100 years. It’s just that the curtains have now been lifted enough to reveal the transformation wrought by the change agents who have been steadily working behind the scenes to change the hearts and minds of the people. Mostly following the crowd, law makers are not generally brave, and they enact laws that reflect the heart and desires of the majority of the citizenry, or at least the majority of their “base.” So, the morality that is enacted will obviously reflect the altered heart and morality of the people. If the nation has radically changed, the people have radically changed.

Those of us who would like to roll morality and society back to the way things were may think that reversing laws and passing legislation would bring the desired results. But even if the laws could be changed or changed back at the ballot box, and the “old morality” thereby chalked up a “win,” not much would be gained for the long haul, because the hearts of the people cannot be changed by force. Enacting new laws contrary to the “morality” (or immorality or amorality) of the governed will simply melt away the once rock-solid belief in the rule of law. The very foundations of our republic – the rule of law, the separation of powers, etc. – seem to be crumbling. If the people willfully disobey the law, and the judges reinterpret the law to suit themselves, and lawmen can’t (because their hands are tied)  or won’t enforce the law, what point is there to law at all?

But should morality decide an issue anyway? Haven’t we all heard it said that, “We can’t legislate morality?”

In Legislating Morality: Is It Wise? Is It Legal? Is It Possible? Norman Geisler and Frank Turek point out that nearly every law legislates morality. Laws permit some behaviors and put prohibitions on others with varying penalties. The laws themselves do not – cannot – cause or even prevent behavior, but merely designate what is or is not permissible. The laws themselves reflect the will of those who were most effective in pushing legislation to favor their view of morality. The people currently in charge of the State of California obviously suddenly believes that it is somehow immoral (wrong) to address a person as “he” or “she” in hearings. They have acted to ban the usage of these pronouns in committee meetings, preferring the pronoun “they.” They are, in effect, legislating their new morality.

On January 22, 2019, Gov. Andrew Cuomo signed perhaps the most extreme pro-abortion bill in the United States to date. New York Passes Extreme Abortion Legislation on the Anniversary of Roe v. Wade points out an important definition which is in the bill:

It also does away with criminal penalties for self-abortion and defines “‘Person,’ when referring to the victim of a homicide,” to mean “a human being who has been born and is alive.”

Killing an unborn person (or perhaps “entity”) is no longer murder and therefore not immoral because the ”human” in question isn’t a “Person” until it has exited the Magical Birth Canal.

However, as King Solomon said in Ecclesiastes, there is really nothing new under the sun. Christianity was birthed, pardon the pun, into a pagan culture which viewed the pre-born and newly born as non-persons. Abortion was regularly practiced as was child abandonment (called “uncovering”) which was legal up until the age of three. Infanticide In The Ancient World gives a good overview of the views and practices of that “enlightened” culture.

The Christian idea that each individual person has worth because they were created by God was foreign to the lies of pagan society where the State, the tribe, the collective was the only value they knew. There are numerous tombs of small dimensions in the catacombs. Out of a total of 111 burials in one gallery of the Catacomb of Panfilo, 83 are of children and only 5 have inscriptions.

The early Christians were very ordinary people, many of them slaves. They had no political power and could not by any means force change on the culture. Yet, wonder of wonders, these Christians were able to influence the hearts and thus the thinking of the pagans around them. They actually went out looking for the abandoned children, brought them home, cared for and raised them. They saw these helpless human beings as precious persons made in the image of the God they worshipped.

How long did it take for Rome’s pagan civilization to change? A few hundred years. It wasn’t overnight and it certainly wasn’t by legislation. God used Christians to transform that pagan society by their lives and their love, which were observable to those around them.

Christianity was different and its difference offered something utterly unlike the pagan religions they had known. It took the focus off man, creature comforts and entertainment and directed that focus to something far bigger: the God of all creation and the opportunity to dwell with Him in glory forever. The treatment of women, of children, and of slaves all changed for the better. Drastically. The transformation of culture was so effective and total that when the last pagan emperor of Rome, Julian the Apostate (360-361A.D.), attempted to reinstate, revitalize and get back to the Pagan way things used to be, he wrote a letter instructing Arcasuis, his high priest in Galatia, in a letter, to begin imitating the Christians:

“Why do we not notice that it is their kindness to strangers, their care for the graves of the dead, and the pretended holiness of their lives that have done most to increase atheism [i.e., Christianity]? I believe that we ought really and truly to practice every one of these virtues. And it is not enough for you alone to practice them, but so must all the priests in Galatia, without exception…In the second place admonish them that no priest may enter a theatre or trade that is base and not respectable…in every city establish hostels in order that strangers may profit by our generosity; I do not mean for our own people only, but for others also who are in need of money…for it is disgraceful that, when no Jew ever has to beg and the impious Galileans [Christians] support both their own poor and ours as well, all men see that our people lack aid from us.” 1Eerdmans Handbook to the History of Christianity, (Wm. B. Eerdmans Publishing Co. Grand Rapids, MI) 1977, 137-138

Obviously, Paganism was not winning the culture anymore. Transformation of society starts with transformation of the human heart. We are not saying that voting or political action is wrong. It is not. It’s just not nearly powerful enough to transform our culture.

It is religion and morality alone which can establish the principles upon which freedom can securely stand. The only foundation of a free constitution is pure virtue. 2The Works of John Adams, Second President of the United States, Charles Francis Adams, editor (Boston: Little, Brown, 1854), Vol. IX, p. 401, to Zabdiel Adams on June 21, 1776

We have no government armed with power capable of contending with human passions unbridled by morality and religion…Our constitution was made only for a moral and religious people. It is wholly inadequate to the government of any other. 3The Works of John Adams, Second President of the United States, Charles Francis Adams, editor (Boston: Little, Brown, 1854), Vol. IX, p.229, October 11, 1798

Adams was referring to biblical Christian morality. He believed, apparently correctly, that if that Christian morality should fade away and be supplanted, our republic would inevitably fall into mob rule before dying an ignominious death. For a very long time, American culture and its laws were very influenced by Christianity and Christian morality. Even non-believers in our culture overwhelmingly accepted Christianity’s biblical standards of right and wrong. By and large, even thieves believed that stealing was wrong, adulterers knew adultery was wrong and most people understood that killing babies was wrong.

Who knows if our culture may be turned around? It certainly does not appear so, but we make no declarations of that sort. The sad fact is that it is many times Christians and Christian churches who are abandoning Christian morality at warp speed. Christianity appears to some to be the “old-fashioned” way of looking at things, and many people are seeking something “new.” But truly, the shiny new paganism will turn out to be only “the devil that they don’t know.” In some ways, the early Christians had an advantage over professing Christians today. They knew Paganism. They were very familiar with the utter emptiness and bankruptcy of the Pagan religions. They knew its darkness firsthand. Christianity stood in great contrast to Paganism because it offered love to them – the love of God and the love of their Christian brothers and sisters.

Whatever ultimately happens to our nation is out of our hands. In any case, we should be careful to walk in love.Ω

Everything Old Is New Again
The Gate: Dawn of the Baha'i Faith - A Review