A Cult Cocktail … Scripture with a Twist

Restore My Soul
Is "Evangelical" Now a Purely Political Term? 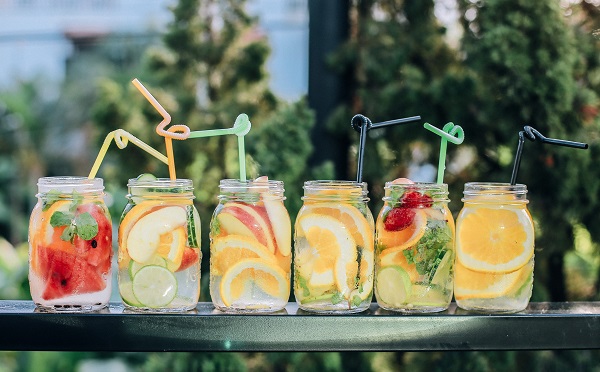 Photo by Kaizen Nguyễn on Unsplash

Most false teachers use something our late friend and former Jehovah’s Witness, Harry Brooks, often called a cult cocktail … Scripture with a twist. It is a simple way to deceive potential recruits and to gather followers who have some respect for the Bible, but who don’t know it very well. Like talented magicians, false teachers, gifted in the art of word manipulation, employ a verbal sleight of hand that is often difficult for the untrained “eye” to pick up. The Watchtower Bible and Tract Society denies the biblical teaching on the physical resurrection of Jesus, but since most people are probably aware that the Bible teaches that Jesus was resurrected, they know they must employ hocus-pocus to replace the real event with something else entirely. In short, Jesus (as well as all others who are to be resurrected), according to the WBTS, are really “cloned” instead. The Watchtower claims that Jesus the man is dead, forever dead. Using their well-practiced theological shell game, they teach that Jehovah manufactured various bodies for “Jesus” enabling Him to appear to His disciples complete with crucifixion scars, merely giving the appearance that His body had been raised from the dead. In order to support this spurious claim, they say that when Jesus appeared, the disciples didn’t recognize Him. They use the example of the disciples on the road to Emmaus in Luke 24, who indeed did not recognize him. But they leave out two critical statements in the passage which serve to unravel their claim. Luke states:

But their eyes were kept from recognizing him.

Luke then continues on with the story of Jesus and this pair of disciples until we reach 24:32 and read:

And their eyes were opened, and they recognized him.

The problem was not with His body, but with their eyes. They were prevented from recognizing Him until their eyes were opened. WBTS’s entire teaching on what happens after death relies on Scripture twisting. We should be charitable here and not mention that the WBTS teaches that Jesus (like all other human beings) did not possess a spirit that survived His death. So, of course, there was no actual surviving Jesus to wrap himself up in phony bodies to appear to the disciples! Jehovah had to create an entirely new “person,” “another Jesus,” to take on the job of deceiving the disciples. We address this issue in detail in The Resurrection: Watchtower-style.

Another nifty little trick false teachers use is to add words into passages which dramatically change the meaning. In many translations, transitional words may sometimes be added, usually in italics, which do not change the meaning of the passages but simply make it more readable. For example, Matthew 23:30 in the NASB reads, “…‘If we had been living in the days of our fathers, we would not have been partners with them in shedding the blood of the prophets.’” The two words, living and shedding, help the text to read smoothly but do not change the meaning of the text in any way. If we removed those two words, the verse would still convey the same thing. The New World Translation “Bible,” which is published by the Watchtower Bible and Tract Society for Jehovah’s Witnesses, adds words which change the meaning of the text, or even turn the meaning upside down, if and when an accurate rendering would demonstrate their teaching is false. We see this in Colossians 1:15-18 where they add the word “other” four times:

If they did not add this to the text, Paul would be understood as saying exactly what he is saying: Jesus is the creator of everything! And, of course, if Jesus created absolutely everything that would mean that Jesus Himself is not created. That just will not do. Inserting the word “other” conveys the idea that Jesus was created and then went on to create everything else. They want us to think that the term “firstborn” means “first-created,” but that is not what the term means. Firstborn has to do with authority, preeminence or the one with the right to rule. Paul’s entire point here is that the Son created all things, is preeminent over all creation and has the right to rule over it because He created it. He is pointing the reader back to Genesis 1 as the Apostle John did in John 1:1-3.

Two weeks ago we addressed some of the issues which surfaced in the July 2018, concerning Christ in Me International, When did Jesus become Son of GOD? in our article, Restoring True Heresy – Again. CiMI uses a similar verbal sleight of hand in their article.

CiMI’s basic premise is that Jesus is a mere human. Perfect and sinless, but just a sinless human who was adopted by God at His baptism. As we demonstrated, CiMI has simply abandoned the context and read into the text something they would like it to say. They progress to adding words to the text which are not there and change the meaning of the text in, for example, 1 Corinthians 15:44-49 (NKJV):

It is sown a natural body, it is raised a spiritual body. There is a natural body [the baby Jesus who was born of Mary], and there is a spiritual body [Jesus Christ born of GOD]. And so it is written, “The first man Adam became a living being.” The last Adam became a life-giving spirit. However, the spiritual is not first, but the natural, and afterward the spiritual. The first man was of the earth, made of dust [the baby Jesus who was born of Mary]; the second Man is the Lord from heaven [Jesus Christ born of GOD]. As was the man of dust, so also are those who are made of dust; and as is the heavenly Man, so also are those who are heavenly. And as we have borne the image of the man of dust, we shall also bear the image of the heavenly Man.

First, we should note that in context, this section of Scripture is discussing the physicality of the resurrection, which was something about which the Corinthians were confused. Paul is here comparing the natural unregenerate body, which is fit for earth, with the spiritually regenerated body which gives us access to Heaven. This passage is not speaking of Jesus’ birth or His being born of God at His baptism. The additional “helpful” words in brackets miss the entire meaning of the text. Paul is not comparing Adam and Jesus, he is contrasting them. Adam became a living being, Jesus is the life-giving spirit. Jesus is the one who breathed life into Adam at the creation. The first Adam was created on earth, and the Apostle is equally clear on the origins of Jesus:

…the second Man is the Lord from heaven

The first Adam was created and could only receive life. The second Adam is the Lord from heaven and is the life giver. Once the bracketed insertions are removed, the meaning of the passage is the opposite of CiMI’s teaching and they are again exposed as false teachers concerning the person of Jesus.

Unfortunately, believing in a false Jesus only brings one false salvation.Ω

Restore My Soul
Is "Evangelical" Now a Purely Political Term?