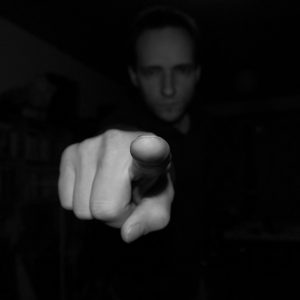 If someone is accused, should they be automatically presumed guilty? This is not really a new question but an age-old issue. For example, in 1642 Salem Village, Massachusetts  over 200 people were accused of practicing witchcraft. Most, like Caribbean slave, Tituba, “confessed,” hoping to avoid conviction by becoming an “informer” leveling accusations against others. Nearly all the accused were Christians and church attenders, and if the accused had merely “confessed” their witchcraft, and “repented” of it, they would have been spared trial, conviction and punishment. But as you can imagine, many Christians were not willing to admit to crimes and sins they had never committed. Of those who refused to confess and maintained their fidelity to the Christian faith, 19 were hanged, one was pressed to death and 13 died in prison. What was the evidence? Well, the accusation itself was all the evidence needed! In support of the accusations, since no real evidence was offered, “spectral evidence” was brought forward. The accuser claimed to see the spirit or shape of the accused in a dream or vision. No one actually witnessed the accused dancing around a boiling cauldron or casting spells or gathering eye of newt – nothing so tangible as that. But evidence schmevidence – they all just knew the accusations were true. Wait though – there was a test given:

1.) The town would watch as the accused would recite the Lord’s Prayer. If they were truly the devil’s servant, they would not be able to say the prayer.

2). If any marks or scars were found on the person’s body they were said to be the marks of evil. (William Phips in Salem witch trial?)

Well that’s fair, isn’t it? Most people don’t have any scars, do they?

The trials ended shortly after someone accused the wife of then Governor Phips of being a witch, even though we have no information on whether she was able to recite the Lord’s Prayer.

We all recognize today that the whole “witch trial” fad was truly a terrible miscarriage of justice. We have long cherished the concept of innocent until proven guilty, which of course requires evidence.

It would be nice if we could say that “all that business” was long ago in a culture far, far away and we have progressed into a more facts-based society. Yes, it would be nice but unfortunately it is not true. The desire to believe accusers based solely on the accusation, and one’s judgment of the “sincerity” of the accuser – without requirement of a shred of evidence – is still with us. In the late 1980s and into the 1990s claims of memories of Satanic Ritual Abuse and sexual abuse began to arise from the therapeutic “sofas” of psychiatrists and psychologists at an alarming rate – under the general description of “Repressed Memory Syndrome” by its advocates and “False Memory Syndrome” by those who were falsely accused. As in the olden days, “spectral evidence,” in the form of visions or guided recovery by a therapist, through hypnosis or suggestion, of vague feelings that something happened – vague “feelings” that my mother or my brother, and most usually my father, did something to me. “I’m not sure, but I seem to sense my father’s shadow falling over me when I was in my bed” easily leads, after a few guided sessions, to “My father was a Satanist who forced me to ritually kill the babies resulting from being raped by Dad and the other members of his coven.” Sound ridiculous? It most certainly is ridiculous and evil, because many innocent men and women sit in prison for “crimes” they never committed arising from this tremendous wave of false accusations, even though the person’s siblings and classmates and other people who were there at the time deny anything even remotely like that ever happened. No one can recall the accuser being pregnant at the time it all supposedly went down either. No bones or blood or altars are ever found. But – absolutely ZERO evidence is needed! We are all to simply “believe the victim.” Not only that, some are given harsher sentences because they refuse to simply “admit their guilt.”

Memory recovery therapy is not quite as prevalent as it was in the 1990s, yet it still is wreaking havoc today on families, churches, and others. Recently, Christine Blasey Ford has brought the issue of “recovered memories” right into Washington, DC. In fact, Ford knows quite a bit about hypnosis and memory retrieval according to a recent Daily Wire article, Kavanaugh Accuser Co-Authored Study Citing Hypnosis As Way To Retrieve Memories.

The academic study, entitled “Meditation with yoga, group therapy with hypnosis, and psychoeducation for long‐term depressed mood: a randomized pilot trial” and published by the Journal of Clinical Psychology, discusses “the therapeutic use of hypnosis to ‘assist in the retrieval of important memories’ and to ‘create artificial situations’ to assist in treatment,” reports The Federalist’s Sean Davis.

We should point out that none of this means abuse does not happen and that there are true victims of sexual and physical abuse. And that is truly horrible. But guilt or innocence needs to be determined the old-fashioned way – by rigorously examining the evidence. Are any of us safe from any accusation, if the idea of “innocent until proven guilty” is thrown out?

In light of our current national hysteria, we decided a few words of caution may be in order from our 2001 Journal article, “Beware the Rumor Weed.”Ω