Spirit in the Sky

Beware the Rumor Weed
The Virtue of Being Fallible 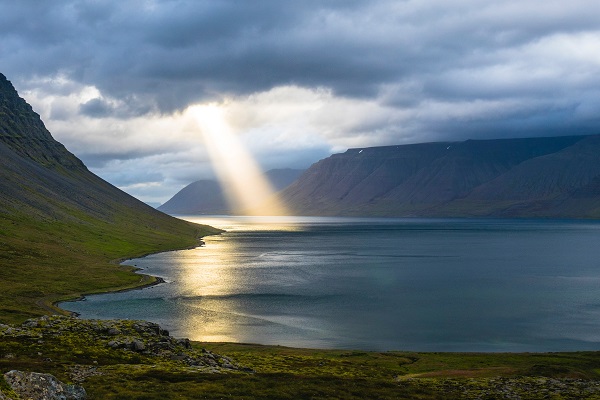 Photo by Davide Cantelli on Unsplash

On the way back from speaking at Wheatland Congregational Church in Wheatland, Michigan, the 1969 Norman Greenbaum song, “Spirit in the Sky,” kept popping into my head. As it happens, my friend Fred Slagle (who is the pastor of Wheatland) and I have similar personalities and share some common experiences. We are both part of the cry-baby boomer generation; we were not believers until we were married adults with children; and we both loved rock ‘n roll! So, we have quite a collection of old songs in our heads, and it seems that nearly every circumstance of life can suggest a song or lyric which seems to fit the particular experience.

We were kicking around the ways most people acquire their spiritual worldview. Some are trained into their belief system from childhood to be sure, but I am convinced many, if not most, people gather together the various elements of their worldview by osmosis. It comes from the people they know, the films and television they watch, the books they read, and the music they listen to. Even if they are trained in a biblical worldview, it’s quite common for folks to add on many elements from the culture, without their even being aware of it. Unless you have trained your mind to be biblically discerning, there is no gatekeeper to weed out the good ideas from the bad. Neither Fred nor I were benefactors of such training, at least in spiritual matters. Fred was Roman Catholic growing up, and, after he and his lovely bride Lisa had kids, they went back to the Roman Catholic Church. My father was an atheist, and his worldview was only confirmed to me by what I was taught at school in the form of Darwinism.

Fred and I, like so many others of our generation, sang along with the lyrics in Greenbaum’s song without even realizing it was informing our worldview. After all, it was just a song and sounded really cool! So, we joined in with:

Never been a sinner, I never sinned
I got a friend in Jesus
So you know that when I die
He’s gonna set me up
With the spirit in the sky

There is usually a story behind songs, and when I got home, I decided to ferret this one out. I came across a 2013 interview Norman Greenbaum, “Spirit In The Sky” by Grant Britt. According to Greenbaum, the inspiration came to him from two sources, cowboys and Indians. I will let you read the story, but a couple of points were helpful. Greenbaum was Jewish and admits he “didn’t have much experience with Christianity.” After the song was released, he relates that he did take quite a bit of heat over those seven words.

Greenbaum inadvertently ran afoul of some zealous Christians. “I did take some flack by certain ultra religious, right wing believers that couldn’t believe me, from a Jewish background, would write such a song, was being blasphemous, or did it as a joke,” he says.

Since those days, others have recorded the song and modified the offending lyrics, and it seems even Greenbaum has made a slight change to:

When our kids were growing up, Joy and I spent time talking with them about what they learned in school, watched on television, were being “taught” from movies, and yes, imbibed from music. Sometimes Lee would complain, “Mom, you are always trying to get to the point of everything.” Ah, I think be was beginning to understand. Mom was the gatekeeper, at least as well as she was able. I was as well. There was much to discuss with the kids from the Star Wars movies, CD covers and song lyrics, pop cultural ideas, and yes, even (or perhaps especially) the things they were taught in school. There is an agenda behind much of popular culture – and kids need to be made aware of it.

According to Jesus, the greatest commandment is:

Many people, maybe most, Christian and non-Christian alike, tend to neglect the life of the mind, especially in regard to spiritual issues. We allow our emotions to direct us and inform our decision making.  Sadly though, a heart and/or soul disconnected from a proper view of ourselves and the God Who created us is destined to be deceived. In Jeremiah 17, God contrasts those who trust in the Lord and those who trust in man – those who follow the Lord and those who follow their hearts. He describes the problem of being led by the heart disconnected from a discerning mind:

The heart is deceitful above all things, and desperately sick; who can understand it? (Jeremiah 17:9)

Unfortunately, that verse and so many others go against the grain of modern cultural understanding. NO! Everyone is basically good; we just all need to accept ourselves and others. There is no evil. Poverty, racism, sexism, and many other “isms” are to blame for pretty much all bad actions. Much of today’s culture puts the blame on Christians and Christianity because of its intolerant belief that Jesus is the one and only way to get to God. Intolerance, it seems, is the one sin we have left.

We see the effects of these views in a society which seems to have gone mad and is drunk on self-gratification and “following their hearts.” Sadly, we also see it today in much of the church at large with a near abandonment of clear, sound biblical teaching. The church is instead racing to experience “spiritual disciplines” like “contemplative prayer,” where they can empty their minds, disconnect from thinking, and find some sort of a god in the silence. It is quite possible that a supernatural being will meet you wherever your emotions take you, but I suspect that being will not be the God of the Bible. Like our Lord and the biblical writers, Peter weighs in on this issue:

Therefore, preparing your minds for action, and being sober-minded, set your hope fully on the grace that will be brought to you at the revelation of Jesus Christ. (1 Peter 1:13)

We are called to love the Lord with our heart, our soul, and yes, our mind. Our minds need to be biblically trained in to avoid being deceived.

The writer of Hebrews states that “solid food is for the mature, who by constant use have trained themselves to distinguish good and evil.” (Hebrews 5:14, NIV). This does take work, and often such training will make you feel almost like an alien in your own country. But the life of faith and discernment has ever been so.  In speaking of the Old Testament saints, the writer of Hebrews says that these heroes of the faith lived a life of faith, and mostly did not see the fulfillment of all that had been promised them – within their lifetime.

They only saw them and welcomed them from a distance, admitting they were foreigners and strangers on earth. (Hebrews 11:13, NIV)

So, if we feel like aliens on this earth, we are in good company.Ω

Beware the Rumor Weed
The Virtue of Being Fallible