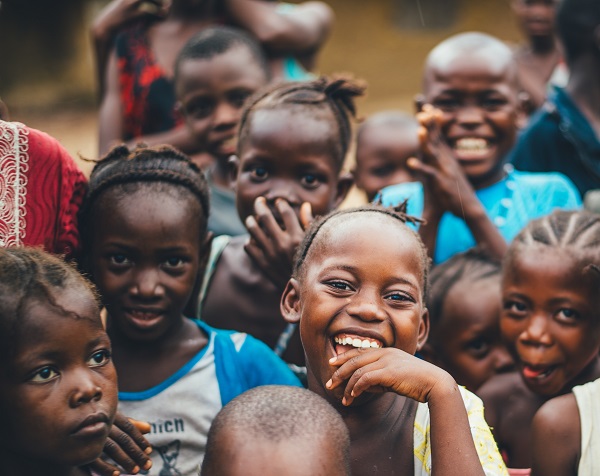 Photo by Annie Spratt on Unsplash

According to Solomon, who wrote the OT book of Ecclesiastes, there is

How do we in the apologetics ministries maintain our sanity as missionaries to cults and New Religious Movements? Usually we do it with a good dose of humor. The issues we deal with on a daily basis are often quite intense, so if we didn’t have comic relief, we might be tempted to run screaming. Solomon was right – there are times to laugh, and fortunately there is plenty of ridiculous material in cult teachings to laugh about. Some things just cry out to be laughed at:D

A while back, after spending hours in written debate with a Jehovah’s Witness abo 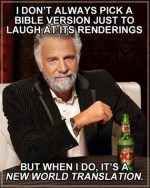 ut Greek grammar and the proper translation of the first chapter of John (the JW could not read the original Greek), our Senior Researcher, Ron Henzel, posted this meme. As he looked further into the New World Translation (the Watchtower Society’s own special “translation” of the bible) he was off and running on their very unique renderings of various biblical passages.

Satire is both entertaining and biting. God uses it in Scripture. For example, in Isaiah 44:15b-17 God pokes fun at the truly silly notion of a person worshipping something they had created themselves from base materials!

He takes a part of it and warms himself; he kindles a fire and bakes bread. Also he makes a god and worships it; he makes it an idol and falls down before it. Half of it he burns in the fire. Over the half he eats meat; he roasts it and is satisfied. Also he warms himself and says, “Aha, I am warm, I have seen the fire!” And the rest of it he makes into a god, his idol, and falls down to it and worships it. He prays to it and says, “Deliver me, for you are my god!”

In order for us to understand and teach others about cults, we have to do extensive reading of primary sources, the literature put forth by these cults over the years. This research enables us to show adherents that their “truth” – supposedly handed to them from God himself – has been changed 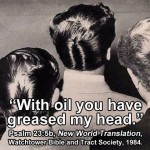 over time, and uncovering false prophecies and silly teachings that have long since been abandoned but are well-hidden from the view of new converts. Could these words really have come from God’s mouth? Didn’t God know that Armageddon was not coming in 1914? There have been times when we have laughed out loud at some ridiculous notion put forth by the Watchtower Society (as well as other cults) in their literature – literature that they claim is inspired by God! One of the silly teachings from The Finished Mystery by Charles Taze Russell (founder of the Jehovah’s Witnesses and its very first false prophet in chief) was that hair growth came as a result of heat being generated by the brain, heat which caused smoke to vent out through the pores of the scalp and harden into what we know as hair. I don’t care who you are – that’s pretty funny!

The Mormons taught that when mankind had powerful enough telescopes, we would find men on the moon about 6 feet tall, who dressed like Quakers. Strangely, none were found 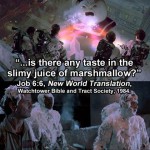 by the lunar astronauts. However, FaceBook has had a picture of a purported woman walking on the surface of the planet Mars, so maybe the Quakers moved there at some point to stay out of telescope range. I guess it is possible the Quakers will be found today or maybe tomorrow, unless of course, they move on to another planet.

Some years ago, Suzanne Hinn (wife of popular word faith preacher Benny Hinn) gave a talk telling her audience that people sometimes need something she called ” a Holy Ghost Enema.“

An associate ministry created a “Suzanne Hinn Holy Ghost Enema Kit.” My friends, some things are just begging to be laughed at! And

laughter is good medicine, certainly something that should be tried before submitting to a painful sounding “Holy Ghost enema.”

A woman cult leader by the name of Gwen Shamblin managed to invade over 30,000 churches across 60 denominations. She persuaded over a million church goers to attend so-called “diet” courses – her Weigh Down Workshops. On her website, she outright denied the trinity and other essential doctrines, substituting her own “improved” teachings for the biblical ones. She ended up convincing quite a few of her pupils to leave their supposedly “apostate” churches and join her own personal cult group, Remnant Fellowship. We were forced to sit through hours of her video taped messages in order to expose her as a false teacher. In her Weighdown Advanced course, she informed her followers that God (the CEO of the universe) has a “magic chair” in his office. Now, sometimes, you see, God is out of the office and the prince of darkness sneaks in and uses the magic chair to wreak havoc on the unsuspecting behind God’s back:

This particular employee {Satan} found that he had his own idea of how the office should run. He implemented some of these ideas or plans for the business since the great CEO was not always around…

The CEO was out of the office a lot. He {Satan} found it really a trip to just sit in the bosses chair behind His desk. The chair was magic. You could do what you wanted to do when you wanted to do it with no one to stop you. There were many perks being in the magic chair behind the desk. 1WD Advanced, 2001, The Weigh Down Workshop Inc., Week One, “Sovereign Lord.”

Evidently, the great CEO does a lot of golfing.

Then there is Kenneth Copeland who let us know that almighty God is about 6 feet tall with a 9 inch hand span – and if you stood God and Adam next to each other, you couldn’t tell the difference between the two. Uh huh…

It is important to point out that we are not poking fun at the person who gets caught up in the various cult groups. Cult involvement is not at all a matter of low intelligence, but of powerful deception. And every one of us is capable of being deceived, which is why we are told to always be on the watch for false teachers and prophets. The Bible refers to false prophets and teachers as “wolves in sheep’s clothing,” meaning that they look like and pass themselves off as good Christian leaders. These charlatans must often be exposed – unmasked to their followers – before they will listen to anything else you have to say. Yes, no one is perfect and all people do tend to say foolish things, but a cult leader passes himself off as a prophet or spokesmen of God himself, someone who must be blindly followed in order to gain eternal life. If you can show a JW documented evidence that CT Russell taught the early Bible Students (JWs) that one’s personality is determined by the shape of and/or bumps on his head (Phrenology), he might just wonder how Russell could have really been God’s spokesman to mankind. The constant gaffes and false prophecies of the cults are the gifts that just keep giving.

One of our board members, Bill Cwik, formerly known as Snarky the Apologist, had a very popular YouTube channel, focusing on reaching Jehovah’s Witnesses by pointing out the many false and questionable teachings of the Watchtower Organization, through the use of satire. We received calls several times a week from current and former Jehovah’s Witnesses who had seen Snarky’s videos online and wanted to know more about the false teachings of the Watchtower. They also want to know, if the JW organization is as false as they now see that it is, then what is true? One response we had received to the Snarky the Apologist videos came in from a family who had been working their way through all of the 207 videos Snarky had online at the time:

Snarky-Bill, {I am} the one who earlier said you are our family’s hero. Just fyi, your ministry is exactly what we need. With these devastating revelations, you have just the right amount of humor.

The Lord has lead me to you no doubt. Hope to worship alongside you soon.

These are the responses that we love to get, and which make it all worthwhile.