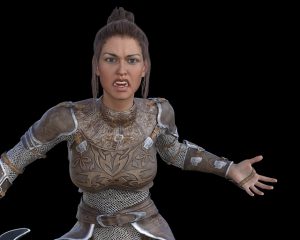 It’s truly amazing how often the Bible is challenged by the biblically challenged. I was asked to speak in a Religion 101 class at an area junior college years ago. I thought it would be fun, and after outlining the essential doctrines of Christianity and giving evidence for the reliability of Scripture, a student looking to trip me up raised his hand and asked, “Isn’t the Bible full of contradictions?” It was a precious moment
as I extended my hand holding my floppy Bible and said, “I have had quite a few make that claim as well. Perhaps you could point some out.” He withdrew his hand so quickly one might have thought he had burned it and responded, “I haven’t actually read the Bible.” Being somewhat intrigued, I queried a bit more, “How do you know there are contradictions?” He told me that he had heard there were. “Okay, where did you hear this?” He answered that he couldn’t recall. So, I asked him, “Doesn’t it concern you that you are basing your eternal life decisions on something you have heard but not verified, from a source which you cannot remember that may or may not be knowledgeable or even honest?” There was a pregnant silence in the room for a moment. Then I mentioned a few seeming contradictions brought up by skeptics and answered them for the class. This resulted in some ongoing discussions with students outside of class over the course of the semester.

As we wrote about last week, a person who believes that YHWH of the Old Testament is Satan posed a few questions in the comments of our webcast Corrupted Faith and Church Councils  One of these was the following:

Jeremiah 7:22 (KJV). “For I spake not unto your fathers, nor commanded them in the day that I brought them out of the land of Egypt, concerning burnt offerings or sacrifices.”

Question:  If Jehovah didn’t speak to the Israelites when they were brought out of Egypt concerning burnt offerings or sacrifices, then who was it that gave Moses those commandments concerning the burnt sacrifices and offering?

You are wrong, because you know neither the Scriptures nor the power of God. (Matthew 22:29)

Simply because some people assert that they are knowledgeable about the Bible doesn’t mean they actually know what they are talking about. The answer to the above question is clear if one merely reads the account YHWH referenced in Jeremiah 22 in its historical-grammatical context.

Here is something helpful we were taught as new believers:

A text (what we are reading) without a context (who wrote it? When did they write it? To whom was it written? How would the recipient have understood it?) is a pretext (something that sounds true but is actually false).

A simple reading of Jeremiah 7 informs the reader that YHWH is pointing out Israel’s bad behavior (lying, cheating, stealing, sexual sin, etc.) and the fact they were performing rituals and sacrifices to false deities in addition to carrying out the sacrificial system. Then YHWH states:

Thus says the Lord of hosts, the God of Israel: “Add your burnt offerings to your sacrifices, and eat the flesh. For in the day that I brought them out of the land of Egypt, I did not speak to your fathers or command them concerning burnt offerings and sacrifices. But this command I gave them: ‘Obey my voice, and I will be your God, and you shall be my people. And walk in all the way that I command you, that it may be well with you.’ But they did not obey or incline their ear but walked in their own counsels and the stubbornness of their evil hearts, and went backward and not forward. From the day that your fathers came out of the land of Egypt to this day, I have persistently sent all my servants the prophets to them, day after day. Yet they did not listen to me or incline their ear, but stiffened their neck. They did worse than their fathers. (Jeremiah 7:21-26)

In Exodus chapter 14, we read the account of YHWH delivering the fledgling nation from the pursuing Egyptian army. The people’s immediate response to YHWH’s deliverance in Exodus 15: 1-21 was to sing a song of praise to Him.  All good so far. But then they were led into the desert, where they could not find good water for three days. They began grumbling – against Moses, but ultimately against God – about this lack of water.

When Moses cried out to YHWH, He miraculously turned the bitter water sweet, and then we read in Exodus 15:25-26:

There the Lord made for them a statute and a rule, and there he tested them, saying, “If you will diligently listen to the voice of the Lord your God, and do that which is right in his eyes, and give ear to his commandments and keep all his statutes, I will put none of the diseases on you that I put on the Egyptians, for I am the Lord, your healer.” (Exodus 15:25-26)

That is what we just read in Jeremiah 7. The Mosaic Law and sacrificial system had not been given when they were newly delivered from Egypt. YHWH simply gave “a statute and a rule and he “tested them.”  This cycle of grumbling and disobedience, and the accounts of how YHWH met their needs again and again, though He heard their grumbling against Him, continued for a while. Then, three months after YHWH led them out of Egypt, He let them know in Exodus chapter 19:3-6 that He was offering them a special Covenant and spelled out the great rewards which they would receive as a nation if they kept the Covenant. Then, beginning in Exodus 20, YHWH gave the Mosaic Law and sacrifices.

As stated earlier, a text without a context is a pretext. The biblically challenged either don’t take the time to understand the text in context or may simply pass along information from other sources which may be completely unreliable. It’s just not safe to base eternal decisions upon the muddled pretexts of people who, as Jesus said, “know neither the Scriptures nor the power of God.” Ω