To Their Own Destruction 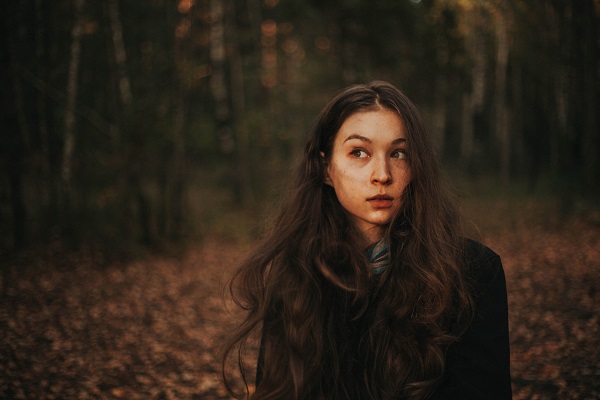 Photo by Taya Iv on Unsplash

Out of concern that the First Century believers were susceptible to deception, the Apostle Peter warned in chapter 3 of his second epistle to be careful of those who distort Scripture “…to their own destruction.” The ones Peter warns about here seem to be a different type than the false prophets in chapter two or the mockers in the early part of chapter three. In verse14-16 he writes:

Therefore, beloved, since you look for these things, be diligent to be found by Him in peace, spotless and blameless, and regard the patience of our Lord as salvation; just as also our beloved brother Paul, according to the wisdom given him, wrote to you, as also in all his letters, speaking in them of these things, in which are some things hard to understand, which the untaught and unstable distort, as they do also the rest of the Scriptures, to their own destruction. (NASB)

Whether untaught, unstable, or both, these false teachers can be a real threat to the spiritual well being of those who are swayed by their errors. Unlike the false prophets Peter warned of in chapter two who intentionally “…secretly introduce destructive heresies…,” this latter group seems to embrace error due to a lack of understanding context, concepts and history. Along the way they seem to fall in love with “new truths” they have discovered, which are nothing more than a product of their own imaginations. These shiny new truths are not grounded in Scripture and lead them “to their own destruction.” These teachers are often so sure of their newfound truths that they cannot be corrected, but it is essential to warn others of their error, lest they be led along into falsehood.

Gwen Shamblin is an example of a false prophet who has, as she tells us herself:

For the last twenty years I’ve had concerns about the state of the church and my first response was Weigh Down which was a message that sent lordship, total lordship, into the back door really of churches1Gwen Shambin, Remnant Fellowship Introductory Video, 2000, Remnant Fellowship, Franklin, TN

Yes indeed, Gwen and her pernicious teachings snuck in the back door of over 30,000 churches across 60 denominations – with over one million members of those churches taking part in her classes. What was the secret message she was selling? Salvation is by works, weight control should be of paramount concern to the true people of God, Jesus isn’t God and the Trinity is a pagan doctrine invented by none other than the Emperor Constantine. And it just so happens that Gwen is the prophet God raised up to sneak into churches and teach these things.

Then we have Jehovah’s Witnesses who don’t directly infiltrate the church as Gwen Shamblin did, but instead go door to door with material produced by the Watchtower Bible and Tract Society designed to convince the unwitting householder the church they attend is pagan, Jesus isn’t God and the Trinity is a pagan concept which was invented by none other than the Emperor Constantine. I suppose they must not have gotten the weight control memo. And, just in case you are wondering, the WTBTS is the prophet God raised up as His sole channel of communication and there is no salvation apart from this organization.

What happens when someone leave groups like these? After all, they have been told that all the churches are evil and/or deceived which often the adherents continue to believe even after they have left these groups. This kind of leaves these ex-members out in the cold. Having once rejected the historic biblical faith, and now rejecting what they thought was the one true prophet/church/organization, many become atheists or agnostics. Others gravitate to a designer faith like Wicca, or other New Age faith systems, where there are no absolutes or demands, and they can choose their own gods or goddesses and follow what rituals they desire.

Thankfully, there are also those like our friend, “Doc” Bob Gray, who, although he had been deceived by the Watchtower Society, loved the word of God and decided to be taught by it rather than a Gwen Shamblin or the WTBTS. Being taught by the Bible means reading both Old and New Testaments in their historical-grammatical context. It also involves learning about true church history and the various battles fought down through the ages against false and heretical teachers. Bob rejected the fabricated claims of the WTBTS, grabbed on to the essential doctrines of the faith and embraced the true gospel of salvation. For those who are interested, his testimony is online under the title, “Freed from One Web by Another.”

Mike and Kim are also former JWs who started a very popular YouTube Channel. Bill Cwik, the self-described “Snarky Apologist,” had found their channel a few years ago. Their webcasts exposing Watchtower problems were generally good, but as far as we could tell, they fundamentally still held on to the Watchtower Society’s false views of the church, history and scholars. This problem manifested itself in a profound way earlier this year when they produced a video2Video on file attempting to make the case that Jehovah of the Old Testament is Satan, or at the very least, Satan was an identity thief who snuck Satanic practices into the nation of Israel while impersonating Jehovah. In the process of “discovering” something which up until now was supposedly unknown, Bible verses were taken out of context, and in some cases given entirely new meanings. Because they were untaught in the area of historical-grammatical context, they sadly came to false conclusions. We have no doubt that Mike and Kim desire to help those who were misled by the Watchtower. That is admirable. But it is so important to look at written material, especially the Bible, in its historical/grammatical context, and because they didn’t do that, they have fostered and promulgated a major and egregious error in doctrine.

“All Christians, no matter what faith you profess to have all been seduced by a statement that is rooted in superstition.”

That is a big claim – but is it true? Or is it a result of someone who is basically untaught seeking to teach new truths to others? He is at that point in the presentation talking about the Hebrew Tetragrammaton, the four consonants – YHWH – which typically is translated LORD in most Bible translations. What does Mike claim is the nature of the deception? He goes on to say:

Now, it may be that Mike, being untaught and therefore personally unaware of the reason for the so-called “superstition,” but the scholars have addressed this question. We know that the Jews considered, and still do consider, God’s name so holy that they would not speak it and when writing the Tetragrammaton they had special procedures to follow. Even today when we read the writings of Jews and/or Messianic Jews, they write God as G-d.

Sadly, Mike goes on to mark the sacrificial system which YHWH implemented in the Old Testament as “Satanic,” even though Hebrews 9:22 reaffirms the importance of these practices:

Indeed, under the law almost everything is purified with blood, and without the shedding of blood there is no forgiveness of sins.

The Sacrificial system pointed to the death, burial and resurrection of Jesus Christ as the penal substitution for our sin. On the basis of Christ’s sacrifice, as Paul writes in Romans 10:9-13, if we confess that Jesus is YHWH and believe in our hearts that God raised Him from the dead, we shall be saved.

We understand that when someone leaves an extremely authoritarian cult behind, they often reject what they consider to be just another “charlatan expert” seeking to exploit or hoodwink them just as their former group did. They are leery, and so may reject what the “experts” have to say, and instead gravitate to what sounds good to them. But often in the desire to reject any and all authority, they end up throwing the baby out with the bath water! We reiterate that Mike and Kim have the freedom to believe and teach whatever strikes their fancy. We think this may be a mistake, rather than an intentional attempt to deceive. YHWH of the Old Testament is not Satan but God Almighty. The sacrificial system of the Old Testament is not “satanic.” And we hope they will retract this teaching for their own sake, because God holds people accountable for what they teach. James 3:1 states that “Not many of you should become teachers, my fellow believers, because you know that we who teach will be judged more strictly.” He follows that up in verse 2 by saying “We all stumble in various ways,” acknowledging the truth that it is easy for human beings, all of us, to get on the wrong track.

But we have concern for the people who are unknowingly listening to false teaching, because, as Peter points out, false teaching leads to destruction. We need to warn others of error for their own protection. Peter’s warning is sobering:

Therefore, dear friends, since you have been forewarned, be on your guard so that you may not be carried away by the error of the lawless and fall from your secure position. (2 Peter 3:17 NIV)