To Their Own Destruction
Who’s On First … First?: Do We Need a Marriage Amendment? 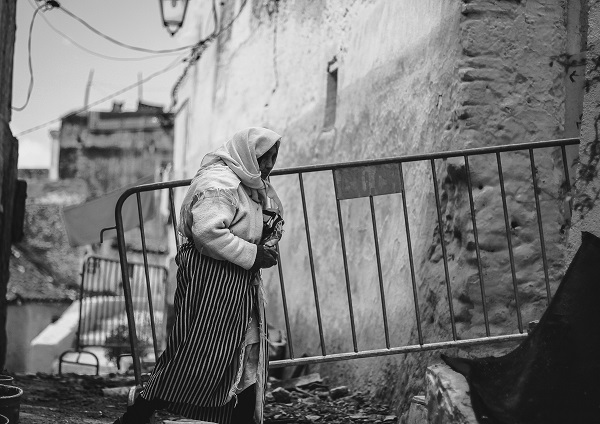 Photo by Aziz Acharki on unsplash

The Watchtower Bible and Tract Society, popularly known as Jehovah’s Witnesses, teach there is a two-class system of the faithful. There is the elite “anointed class,” 144,000 people who are going to heaven to rule and reign with Jesus when they die. The lower class “other sheep” never make it to heaven but are left behind on Earth. They will be busy cleaning up the mess of Armageddon – and it promises to be a honking BIG mess – preaching the false doctrine of the Watchtower Bible and Tract Society and obeying all orders from the anointed – and Jesus too, of course.

This egregious two-class teaching stems from the fact that the Society originally taught that only 144,000 would become JWs, or Bible Students as they were originally called, because we were so very near to the end of “this system of things.” The anointed were the only ones who were “born again,” and the only ones that had Jesus as their mediator, and the only ones who would go to heaven. However, when the Armageddon they so often predicted was delayed time and time again, the number of JWs surpassed 144,000, and they had to come up with a new doctrine to find a place somewhere for all these extra people.

Why, they can live forever in Paradise on Earth! No more wars, no more hunger or poverty – it will be great! But as we have pointed out, it won’t exactly be much of a Paradise. Slave labor is more like it. Think of the millions of rotting bodies they will have to bury after Armageddon, and the horrible rubble everywhere. And the stench! And they won’t be allowed to stop preaching either, because the millions of non-JW dead will be “resurrected” just to listen to their spiel, if they have not heard it in their prior life. Sounds more like an awful nightmare than Paradise to us. But perhaps the other sheep have never thought of that, because the pictures in the Watchtower magazine show happy people living in perfect harmony and abundance.

One little problem is that the “other sheep” are sinners, as all of us are, and they will naturally remain sinners in Paradise. Even perfect surroundings would not be perfect if sin was still present, no matter how “good” people tried to be. And we think it would be extra hard to keep one’s sin nature in check while burying bodies and cleaning up rubble, no matter how many tasty fruits and veggies they had to eat. ☹

But since the “other sheep” do not have Jesus as their mediator, they cannot be forgiven of their sins in the only way that the Bible offers – simply by believing in Jesus Christ and accepting His sacrifice on their behalf. So where is their hope for eternal life? How do they get saved at all and make it to Paradise?

In the Watchtower of February 15, 1983, page 12, in an article entitled You Can Live in Paradise on Earth – but How? they spell it out for us. There are some basic requirements:

…Jehovah God has caused the Bible to be written in such a way that one needs to come in touch with His human channel before one can fully and accurately understand it. True, we need the help of God’s holy spirit, but its help comes to us primarily by association with the channel Jehovah God sees fit to use. (WT, Feb 15, 1981, p.17)

Sounds simple enough, right? Yes, but it’s not quite enough to go through a book study, keep all of God’s laws, become a JW and go door to door with a false gospel. No, there is also your “attitude” to be considered. And rather creepily, it turns out that you attitude towards the “anointed” will actually be the determining factor as to whether you are saved or lost, no matter how much working and preaching you do:

Your attitude towards the wheatlike anointed “brothers” of Christ and the treatment you accord them will be the determining factor as to whether you go into “everlasting cutting off” or receive “everlasting life.” (The Watchtower – August 1, 1981, p.26)

But let’s just suppose that you fulfill all the requirements, and exhibit towards your anointed “betters” complete respect and unquestioning obedience. What will that get you? NOTHING. Because no matter what the WTS says, God demands a sacrifice for your sins, and he has provided one in Jesus. But you have rejected his sacrifice and are trying to appease and please God based upon your own pathetic efforts. After all, according to WTBTS doctrine, Jesus is not your mediator and Jesus is not your savior. And regardless of the lies the WTBTS has told you, they cannot save you either. They won’t even be able to save themselves! Even supposing their illogical “clone recreation resurrection” is true, which it is NOT, you would wake up to find yourself in Paradise – Lost. And on your way to the final judgment – carrying with you every last sin you ever committed.

But because of Jesus, all of your sins can be forgiven! Wiped out – gone forever.

In Him, we have redemption through his blood, the forgiveness of sins, in accordance with the riches of God’s grace that he lavished on us. Ephesians 1:7 (NIV)

There is hope – great hope – to those who will believe and accept Christ and His free gift of forgiveness and salvation:

We become children of God by faith not by lineage (not of blood), act of our will or certainly not by association with a church or some supposed “God’s Organization,” but simply by the grace of God. By faith, we become sons and daughters of God.

For it is by grace you have been saved, through faith – and this is not from yourself, it is the gift of God – not by works so that no one can boast. (Ephesians 2:8&9)

It’s not about works. We have noticed that people who imagine they are being saved by their own efforts tend to boast. They might even set themselves up as some elite “anointed class” and claim to be able to actually determine the eternal fate of others! But in reality, no one can rightly boast, and no one must fear condemnation if they are in Christ Jesus.

Therefore, there is now no condemnation for those who are in Christ Jesus, because through Christ Jesus the law of the Spirit who gives life has set you free from the law of sin and death. (Romans 8:1&2 NIV)

The body of Christ is not divided into first and second-class Christians. To the church in Corinth Paul says:

Don’t go to Paradise – Lost. Believe on the Lord Jesus Christ, and you will be saved.Ω

To Their Own Destruction
Who’s On First … First?: Do We Need a Marriage Amendment?