Offended!
What’s on the Other Side? 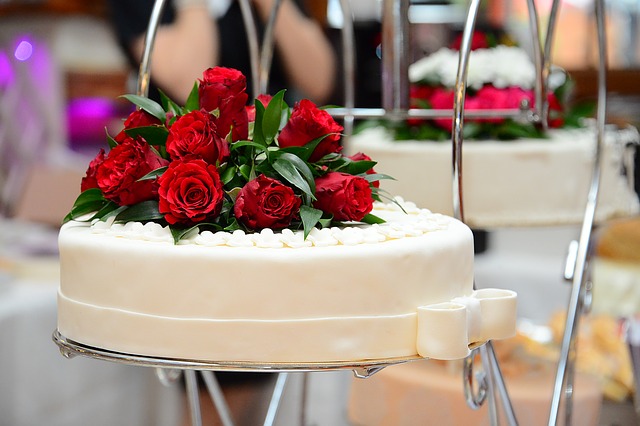 Lots of celebration and consternation over the “Narrow ruling” in the Masterpiece Bake Shop case.  To be clear, a narrow ruling or narrow decision doesn’t refer to the number of justices. A unanimous decision can be narrow in the legal sense.

The decision is narrow as opposed to sweeping in its implications. The court didn’t strike down any law. They simply said the baker didn’t get a fair deal. The commission that ruled against him
was unfairly biased against his religious beliefs.

Granted, the news media could have been a bit more conscientious and explained but they did not lie when they said the ruling was narrow as Conservative Review pointed out.

Jack Phillips politely refused to make a custom wedding cake for a gay couple in Colorado even before gay marriage was legal. The couple filed a complaint with the Colorado Civil Rights Commission. A seven person appointed body who handles cases of discrimination on the basis of protected classes including sexual orientation.

The commission concluded that Philips had discriminated against the couple because he would not render the same service to them that he would for a hetero-sexual couple. They ordered him to cease and desist his policy.

They also ordered “remedial training” in the CADA, the Colorado anti-discrimination act. He also had to provide monthly compliance reports for two years where he was to note any refusal of service and why and any steps taken.

Phillips appealed and eventually the case made it way to the Supreme Court. What makes this case different from other cases of services such as Elaine Photography and other cases involving bakers is that the complaint by the couple was being adjudicated by a Civil Rights Commission whose deliberations were public and on the record.

Thank God. It was how the commission handled Phillips’ argument that made all the difference. Phillips did not refuse to serve the couple. He made it clear it was not merely the sexual orientation of the couple. He also has refused to make cakes for Halloween and cakes that celebrate divorce because all of them violated his religious beliefs. The commission, however, did not understand what his religious hang up was.

That’s not quite right. They understood he was a Christian. They just didn’t think he should be Christian in his business dealings. One commissioner said, “He can believe what ever he wants to but cannot act on those beliefs. . . if he wants to do business in the state.” So for this commissioner, as long as Phillips didn’t act on his beliefs within his own business then he could continue to do business.

It is worth noting that none of the other commissioners disagreed. This same commissioner then said that if Phillips beliefs and the discrimination act clash, “then he’s going to need to look at being able to compromise.”

Compromise usually implies a meeting of half-way. What exactly is the compromise between? Acting on his beliefs and doing business in the state of Colorado? No, what the commissioner wanted was Phillips to simply abandon his beliefs when it came to his business.

This echoes the New Mexico Supreme Court Justice in the Elaine Photography case who wrote that compromise of religious beliefs in the face of anti-discrimination laws is “the price of citizenship.”

If business is the issue then why not let people decide for themselves whether or not a Christian acting on his beliefs can do business in the state of Colorado. If enough people don’t like Phillips’ policy, then he won’t stay in business. It was not as if he were the only custom cake baker.

This wasn’t the only indication that Phillips was facing a stacked deck against his religious beliefs. Consider this quote from the record of the Human Rights Commission cited by Justice Kennedy.

That’s was one commissioner’s interpretation of what Phillips was doing by declining to render a piece of artwork. Phillips attempts to explain why he couldn’t endorse same-sex marriage, or celebrate divorce, or Halloween for that matter was a despicable piece of rhetoric that was only designed to hurt others.

Justice Kennedy remarked that mentioning the Holocaust and slavery in describing Jack Phillips’ request was, “. . . [I]nappropriate for a Commission charged with the solemn responsibility of fair and neutral enforcement of Colorado’s antidiscrimination law—a law that protects discrimination on the basis of religion as well as sexual orientation.” This is the “fair” hearing Jack Phillips got.

The Court found the commission’s argument against Phillips were biased not neutral. That is the heart of this case. That is why ruling was “narrow.” This case will not be the end of the matter. It only means that Civil Rights Commissions will have to be more circumspect in their public deliberations.

The Court has made it clear than any sanctions must not have a whiff of religious bias. And defenders of Religious Freedom had better attend to those deliberations carefully. And if those commissions ever claim the right to make their deliberations private or behind closed doors, then that freedom is in serious jeopardy.

The further question about whether designing a cake should be considered compelled speech by the law will have to wait for another case and, no doubt, another blog.Ω

Offended!
What’s on the Other Side?