"An Evangelical Walks into a Bar..."
Final Act 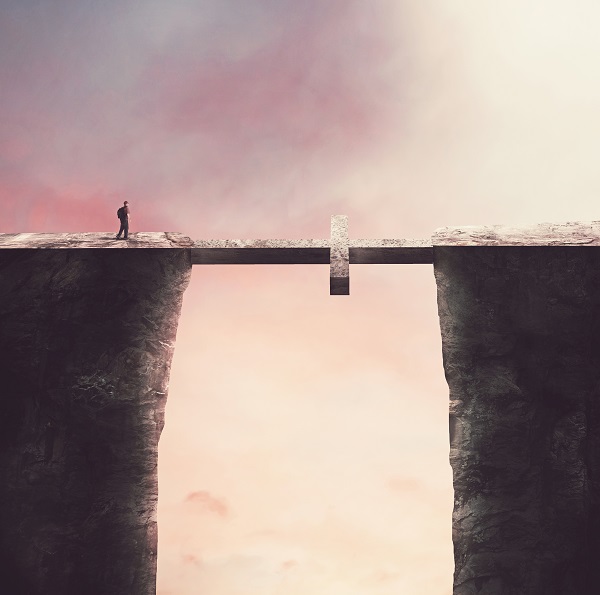 I am constantly amazed at the large number of people who do not truly understand the biblical concept of grace. Since grace is, of course, spoken of in Scripture, it is part of the vocabulary of most churches and even cults. The shorthand definition we most often use is “unmerited favor.” A longer more descriptive definition would be “a kindly attitude toward the undeserving.” But as we read the literature or talk with others, we readily discover they have serious problems with their understanding of grace. The Watchtower Bible and Tract Society’s (Jehovah’s Witnesses’) portrayal of grace is blatantly at odds with even their own unfortunate mistranslation of the Bible, The New World Translation, but they don’t seem to notice. On page seven of the December 1993 issue of Kingdom Ministry, which is the WTBTS “insider” publication, they remind their followers,

“We want to give deserving ones the opportunity to learn of Jehovah’s undeserved kindness.”

Wait! What? If Jehovah is offering people undeserved kindness, how could there possibly be any deserving of it? Theirs is a works driven mentality – everyone must work hard to deserve salvation and eternal life. So, in their eyes, a “deserving person” would be one who is willing to sign on to a lifetime of supposedly good works, adherence to the law of Moses, following all of the Society’s dictates, and especially showing unquestioning devotion to “Big Brother” in Brooklyn, whereby they may come to “deserve” a little help from God to help get them “over the top.” This shows that they have zero understanding of the hopeless position they are in. Because we were born in sin and in a state of enmity with God, we all deserve hell. We cannot keep the law, we cannot possibly be good enough to earn God’s favor – it is a gift of God’s love to those who will accept it from His hand. Trying to deserve favor from God only means that a person has rejected His gift and is determined to earn his or her way into heaven. It cannot be done! Rejecting God’s gift is the worst mistake a person can make.

The Mormons are no closer to understanding grace, but their deception is less obvious and, therefore, more dangerous. In describing grace, they write,

…divine means of help or strength, given through the bounteous mercy and love of Jesus Christ.

And within their definition they state:

This grace is an enabling power that allows men and women to lay hold on eternal life and exaltation after they have expended their own best efforts. 1https://www.mormonwiki.com/Mormon_Beliefs:_Grace

According to their view, after you have done your best, God makes up the difference for you. They do not understand the great distance that exists between our pitiful efforts and God’s standard of perfection. Human separation from God is not a little ditch that God will lift you over once you have impressed Him with all your efforts. It is a great chasm. We need a bridge, not a “boost.” Jesus is the bridge, the only way across.

Sadly, Roman Catholicism offers a similar definition of grace. During the Reformation, the Reformers rightly argued that grace is a kindly attitude toward the undeserving. It is God’s favor toward sinners. Rome was incensed at this [biblical] view, as it took all human effort out of the equation. At the Council of Trent they took a hard stand against such an idea, which is expressed in Canon 11:

Canon XI.—If any one saith, that men are justified, either by the sole imputation of the justice of Christ, or by the sole remission of sins, to the exclusion of the grace and the charity which is poured forth in their hearts by the Holy Ghost, and is inherent in them; or even that the grace, whereby we are justified, is only the favor of God: let him be anathema. 2—“The Canons and Decrees of the Council of Trent,” Canon 11 (On Justification, 1547), in Philip Schaff and David S. Schaff, eds., The Creeds of Christendom, vol. 2, (Grand Rapids, MI: Baker Book House, reprinted 1985), 112-113.

Like the Mormons (who may have borrowed their idea from Rome), grace is a kind of “spiritual substance” or empowering influence that God dispenses through the Roman Catholic Church as one performs meritorious works. Enough works give a person more grace in return, by which one can do yet more good works and receive more grace to do more good works. . . . Well, you get the idea. It’s a treadmill to nowhere. Bondage.

Unfortunately, even among Christians, there are many misunderstandings of grace. Bill Gothard, of Institute in Basic Life Principles, who no longer has the great influence in Christian circles that he once had but still has a devoted following among evangelicals and fundamentalists, skews the meaning of grace. His definition of grace is surprisingly similar to the Catholic view. He defines grace as

God giving you the power and ability to do His will joyfully.

God may give “you the power and ability to do His will joyfully” but grace is not a power or an ability. It is the undeserved kindness that God offers to the undeserving, which allows us to be reconciled to God and saved from eternal damnation. God can offer this free pardon because He sent His Son Jesus, Who lived the righteous life that NONE of us can live, to die for our sins, and He did it on our behalf. We are called to believe in His Son and accept God’s gift with gratitude.

Oh, but can believers “fall from grace” after they have become believers? Yes. Sadly, they most certainly can and too many do. But what does it mean to “fall from grace”? Some Christians seem to believe that a fall from grace happens to a person who commits some egregious sin. For some, like the Church of Christ, falling from grace means that the sinner has lost his or her salvation.

But the Apostle Paul told the Galatians (and us) that believers “fall from grace” when they put themselves back under the law – the law that has never saved and cannot save anyone! The Galatians had been deceived by legalists to the point of losing sight of the glorious grace in which they stood:

For freedom Christ has set us free; stand firm therefore, and do not submit again to a yoke of slavery. Look: I, Paul, say to you that if you accept circumcision, Christ will be of no advantage to you. I testify again to every man who accepts circumcision that he is obligated to keep the whole law. You are severed from Christ, you who would be justified by the law; you have fallen away from grace. (Galatians 5:1-4)

One can stand in grace, acknowledging that righteousness is not earned – or one can stand in the law, in bondage, obligated to keep the whole law. God has not only saved us but bequeathed us freedom – freedom from the heavy yoke of the law, and freedom from fear. But, it is hard for human beings to accept the concept of grace. Life has taught us that free gifts, especially ones of great value, come with a catch. It is a concept so foreign to our human thinking that we continually try to add our own works into the equation in a vain attempt to placate an angry God. However, by virtue of our faith in the sacrifice of His Son, God is already at peace with us. He has done the work – bridged the chasm, as Paul states in Ephesians 2:8-9:

For it is by grace you have been saved, and this not from yourselves, it is the gift of God – not by works, so that no man can boast.

If by grace, then it cannot be based on works; if it were, grace would no longer be grace.

Grace. It truly is amazing!Ω

"An Evangelical Walks into a Bar..."
Final Act