Crowded Out?
The Road to Defend Inerrancy is Not Paved With Good Intentions 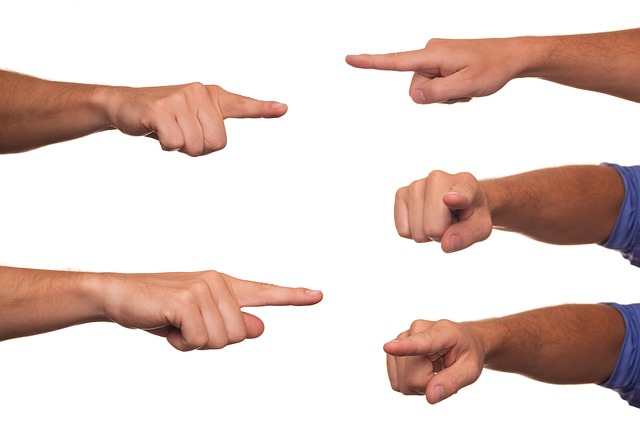 Tu quoque. The term sounds like a special ballet move or what a Shakespearean character might say before he dies. In Latin it means, “You too.” Rumor has it that Julius Caesar said, “Tu quoque mi fili” (You too, my son) rather than the question “Et tu Brute?” as Shakespeare has it.

If true, Caesar wasn’t surprised at Brutus’ betrayal, he was uttering a prophecy. Caesar might have quoted the beginning of a Greek proverb, “You too, my son, will have a taste of power.” In other words, you too will get yours, Brutus.

It’s a pretty useless and vindictive thing to say with your dying breath, but some people, am I right?

Tu Quoque is also a pretty useless and vindictive way to argue as well. But, boy oh boy, is it ever popular these days.

Just this week someone wrote an article, “No one ever drowned in Roy Moore’s Car”  detailing Ted Kennedy’s horrific behavior including his suspected rape and manslaughter of a young woman in his car. The article says nothing about Moore or the allegations. Instead it points out the hypocrisy of those who lionized Kennedy at his funeral for behavior that would have made Al Franken look like a prude. Fair Enough. But it has nothing to do with whether or not Moore is treated unfairly. It is a fallacy (it does not get at the truth) and its just does nothing to take the moral high ground.

But what about the other side? You ask.  You know, them. Those people. They do it too.

If that was the first thing you thought about, you too have fallen into the Tu Quoque trap. Did it make you feel better? Probably. Does it do anything at all to get at the truth? Nope. Not one bit. But since you asked.

When the special counsel’s Russian investigation came out, the Left grabbed for the Tu Quoque as well. Rachel Stockman titled an article “Guess What Trump  was accused of deleting some important emails too.” Et Tu, Rachel? You bet. It’s legitimate to question the Right if they are engaging in a double standard. However that doesn’t absolve former Secretary Clinton of anything. It doesn’t get at any truth whatsoever. It’s the argumentative version of an eye for an eye.

Like Caesar’s curse, its useless and vindictive. But oh so easy. It’s also the favored tactic of Russian propaganda. Here’s a columnist for the Economist:

How could the West criticise Russia for sabre-rattling, asked the eloquent Aleksei Pushkov, when America and its allies had not just rattled sabres, but actually used them in Iraq. And so on and so forth.

When confronted with hypocrisy or wrong-doing in ourselves, it is useless and vindictive to deflect by reaching for the Tu Quoque to seek revenge rather than reason.

Jesus had a cure for the Tu Quoque disease. You might have already been thinking about it. It’s in Matthew 7:3-5

No surprise, the genius Jesus knew something we had to discover about human nature in social psychology. Confirmation bias. Humans are the kind of critters that see the motes in the eyes of others really well. But we are blind as bats when it comes to ourselves or our tribe. And if you don’t think you are tribal, just ask why “Those people” comes so easily to your mind? There’s a reason God had the prophets do the craziest things to get Israel’s attention. Judgment begins with us not them.

Jesus’ remedy comes in two parts: first a fearless and honest look out our own house. Here’s a columnist for the Federalist taking note of the log in his tribe’s eye:

We live in an era when positive ideals have withered. They are considered not merely discredited but irrelevant. Instead, we are supposed to be motivated by the need to block the evils of the other side, and this is considered good reason not too look to closely at the evils of those who claim to be on our side.

It’s difficult for me to ask, would I have been ask skeptical against Moore’s accusers if there wasn’t a Senate majority on the line against a pro-choice democrat? Would Evangelicals be so quick to wink at our President’s twitter feed if he were just a billionaire playboy with a reality TV show instead of the bulldog serving CNN the criticism we always wish we could?

The second part of Jesus’ remedy is actually try to take the speck out of our brother’s eye. In other words, we actually have to trying to help our brother. I’m sorry to say but there’s a lot of evidence that politics makes us mean and dumb. Blind and brutal. So we should be suspicious of the tactics used by politicians.

I’m adamantly against compromising on the essentials of the faith or our duties to protect the rights of the unborn, the poor, and the orphan. But tweeting that the other tribe is no better doesn’t absolve us our own judgment. Pointing out to the Left that the protest tactics of Black Lives Matter rallies is no better than that of the Alt-right torch bearers with their Nazi regalia in Charlottesville is worse than useless; it is a betrayal of our God given mission. Instead of pursuing justice and mercy, we settle for revenge.

Remember when we lambasted moderate Muslims for not speaking out against Islamic terrorists more?  Don’t look now, but is that a big beam there in our eye?Ω

Crowded Out?
The Road to Defend Inerrancy is Not Paved With Good Intentions