Dayenu: It Would Have Been Enough

Cults in Our Culture: Two Case Studies
Why Atheism? 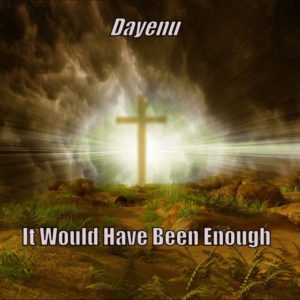 This week is our annual national celebration of Thanksgiving, and for some reason my thoughts turned to an ancient song (about a thousand years old) referred to as Dayenu. This Hebrew word’s approximate English translation is “It would have been enough.” Dayenu is traditionally sung or recited at both Orthodox and Messianic Passover celebrations.

Although we as a people still celebrate Thanksgiving, it seems that in many ways we have lost the ability to be truly thankful for our many blessings. As a nation, we are daily assaulted with political posturing, wrangling, and acrimonious “debate,” along with accusations of moral lapses, accompanying denials and/or non-apologetic apologies, followed, of course, by counter accusations. Once harmonious families and friendships are deeply and hurtfully divided along partisan lines.

Then there is the rise in violence in our culture. We are treated to a mass shooting on almost a weekly basis: murders for seemingly trivial reasons or for reasons that cannot even be fathomed. Gangs seem to own our major cities, while police and politicians are attacked, sometimes at their own homes.

Joy lived in Chicago as a child. In those days, children roamed the streets and alleys with no fear, whereas children today are often shot on the streets of Chicago while city “leaders” twiddle their thumbs. We wonder, “What is going on? How have things come to this?”

Taking in this steady stream of violence, rage, and acrimony on a daily basis can be bad for one’s mental and spiritual state, seemingly robbing people of the ability to be grateful for all the blessings we have enjoyed and still do enjoy. We become focused on everything that is wrong in our world. This is where the concept of Dayenu can be so helpful.

The song, for any who are interested, can be heard at “Dayenu: It Would Have Been Enough.” Wikipedia notes:

Dayenu has 15 stanzas representing the 15 gifts God bestowed. The first five involve freeing the Jews from slavery, the next describe the miracles He did for them, and the last five for the closeness to God He gave them. Each of the stanzas is followed by the word “Dayenu” (it would have been enough) sung repeatedly.

The song is simple and reminds those who engage in this tradition to be thankful, grateful to God for all He has done for us. God owes us nothing; therefore, anything He does for us…is a gift. “If He had brought us out of Egypt, it would have been enough.” But that isn’t where God stopped. “If He had executed justice upon the Egyptians, it would have been enough.” If He had …”

He gave us a Christian heritage in this nation, enabling us to anchor our faith with the faith of our fathers. He gave us the gift of His Son, so we could gain forgiveness, salvation and eternal life. He gave us a relationship with the God of the universe, so we can daily commune with Him. He gave us hope for the wonderful future that awaits us. The deeper one ponders, the longer the list grows. We have brothers, sisters, pastors, and friends, and we have the ability to work, love, and laugh. All these and more come from the hand of the One Who created and sustains the entire universe. He owes us nothing but gives us so much. On this day of our national celebration of Thanksgiving, I say “Dayenu.” If all He gave us was all He has given us up to this moment, it would be way more than enough!

Have a blessed Thanksgiving!

Cults in Our Culture: Two Case Studies
Why Atheism?