The End of Forgiveness
Conversation with a self-described atheist 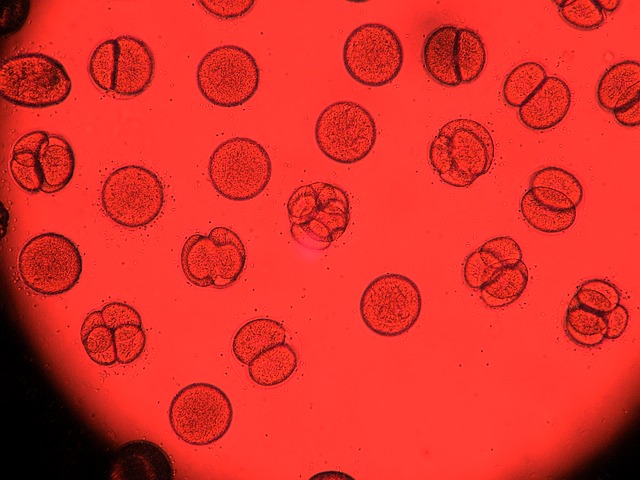 You may have heard about a devastating argument going around the internet. I know it’s got me shaking in my evangelical boots. I sure hope I don’t run into a pro-abortion advocate that uses it. According to comedian, serial tweeter, and sci-fi author, Patrick S. Tomlinson, this one argument is like holy water to pro-life vampires. You know, if we were vampires.

Whenever abortion comes up, I have a question I’ve been asking for ten years now of the ‘Life begins at Conception’ crowd. In ten years, no one has EVER answered it honestly. It’s a simple scenario with two outcomes. No one ever wants to pick one, because the correct answer destroys their argument. And there IS a correct answer, which is why the pro-life crowd hates the question.

Are you ready? Trigger warning. This argument is purported to be traumatic. According to Tomlinson not one pro-lifer has ever escaped it’s clutches.

You’re in a fertility clinic. Why isn’t important. The fire alarm goes off. You run for the exit. As you run down this hallway, you hear a child screaming from behind a door. You throw open the door and find a five-year-old child crying for help. They’re in one corner of the room. In the other corner, you spot a frozen container labeled ‘1000 Viable Human Embryos.’

The smoke is rising. You start to choke. You know you can grab one or the other, but not both before you succumb to smoke inhalation and die, saving no one. Do you A) save the child, or B) save the thousand embryos? There is no ‘C.’ ‘C means you all die. 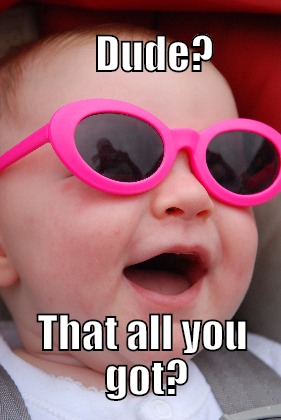 Is that all? Really? I should apologize for some of you that scenario might be simply devastating. Why, right now some of you are sitting there hyperventilating into a bag trying to figure out how you are going to tell your family that you won’t be going to church any more because your worldview has collapsed. Might as well hop on line right now and donate to planned parenthood right and the ACLU while we are at it. But you see I’m a philosopher. And that scenario is just a well decorated trolley problem.

A trolley problem is an ethical dilemma where none of the options are ideal but you have to choose one because not choosing will cause one of the options to happen anyway. (technically Tomlinson is wrong, there is a third option: leave and don’t save anyone but really there’s only two morally permissible options–I’ll forgive him for the imprecise language since, you know, he’s not a philosopher).

It’s called a trolley problem because in the original dilemma philosopher Phillipa Foote used a runaway trolley to force a decision between killing several people versus just one person. The idea is to test the intuition that, all things being equal, it is better to save five people than one.

Of course if we save the one child instead of the embryos it must mean that we don’t value them as much as the one child. And if life begins at conception they must be just as valuable as the one child about to die of smoke inhalation. Faced with a choice to save one person or many persons, you should save the many. If life begins at conception then embryos are persons. If there are hundreds of embryos, it follows that we should save the hundreds of frozen persons over the one five-year old person. The intuitive answer is to save the one person who is breathing over the frozen people–no matter how many there are. Here’s Tomlinson again:

A human child is worth more than a thousand embryos. Or ten thousand. Or a million. Because they are not the same, not morally, not ethically, not biologically. This question absolutely evicerates [sic] their arguments, and their refusal to answer confirms that they know it to be true.

Umm. Maybe they don’t answer because your scenario doesn’t have anything to do with the value of human life. As Ben Shapiro puts it:

We can agree with Tomlinson that one ought to save the five-year-old rather than the box of embryos and still not admit that embryonic life is meaningless. In fact, we can imagine scenarios where we choose the box precisely because we want to preserve human life.

Two examples will serve to “eviscerate” Tomlinson’s argument. If by “eviscerate” we just mean “Give a reasonably intuitive counter-example.” Since Tomlinson is a sci-fi author, the first example should be familiar. Suppose you are an alien and the earth is exploding and you can either save a five year old boy who is the last of his race or a tray full of frozen embryos but not both? Suddenly the five-year-old isn’t all that safe is he? Now, does this mean you don’t value the five-year-old’s life? Of course not. It means you did some practical reasoning and the future of the human species trumps one life.

Tomlinson never mentions that his fire in the fertility clinic example isn’t really original to him. Anyone reading his tweet might assume, he’s just that brilliant. More likely he heard it from someone like Harvard ethicist Michael Sandel who used the same example in a paper called “The Ethical Implications of Human Cloning”. 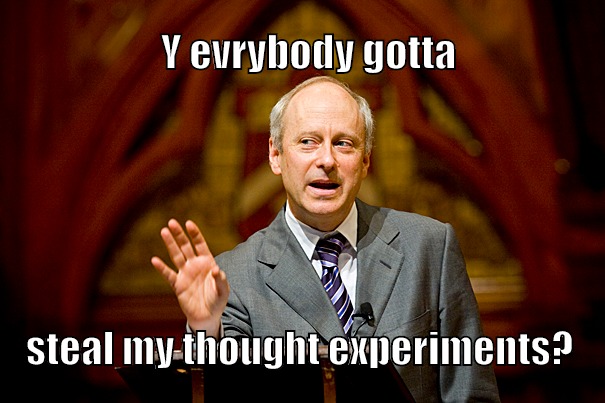 Boring title but interesting paper. My science fiction example is a variation (I added the alien cause that’s how I roll) of a response to Sandel by two other ethicists Shapiro mentions.

The point is that contra Tomlinson, it isn’t always right to save the breathing human rather than the frozen one and choosing to save the one person doesn’t imply the other persons are not valuable. One other example. Suppose you’re still in that fire and you can only save a person in a persistent vegetative state (coma) or a bunch of pre-term fetuses with brains and stuff. I know, we don’t have a way to preserve fetuses outside of the womb yet, but give us time. So the choice is between one unconscious human (he can be a child if you like) who won’t feel any pain and a bunch of fetuses who definitely will feel the pain as they are burned to death. Does the more developed human still win? Probably not.

But I will wager, Tomlinson might not want to answer this example. Cause if he chooses the fetuses because they feel pain, then why does he support the right to  scald fetuses with chemicals and scrape them out when the mother’s life is not at risk? See the whole tray of embryos is just a red herring. It might be wrong to let the embryos frost over in the fertility clinic like frozen peas but it doesn’t cause them pain. And most abortion choices aren’t the life of the mother over the life of an embryo,  inconvenience, embarrassment, anger, and delayed life plans or the life of an unborn baby. I’ll also wager Tomlinson does not have “Silent Scream” on his favorites on youtube.

*Just as a side-note, Christians are often guilty of just as much moral grandstanding as Tomlinson. When was the last time you saw a video on youtube with the description: “Christian destroys Atheist in debate!”Ω

The End of Forgiveness
Conversation with a self-described atheist