Can we get clear about free speech? 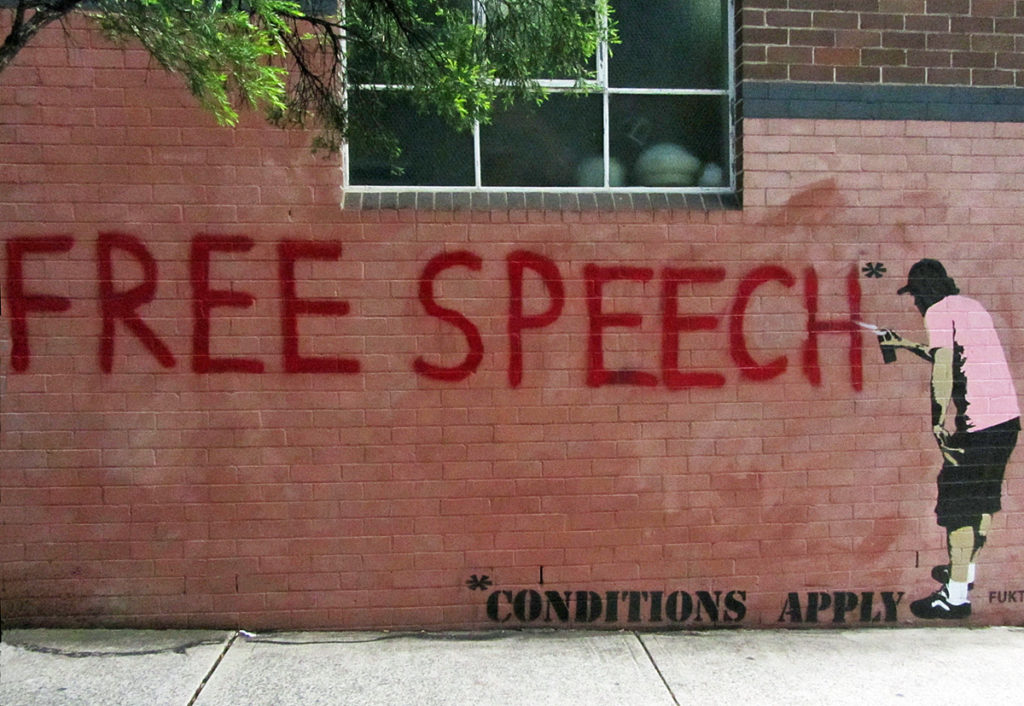 I write about free speech a lot; wrote my doctoral dissertation on it. I speak around the country occasionally defending free speech. Mainly I do this because I believe the first amendment protections are the only thing standing between Christians and the tyranny of the majority. That would be people like Lena Dunham who creeped around a couple of American Airlines employees tweeting (or was it instagraming?) about their conversation because they were saying things that were transphobic. Instead of, you know, talking to them.

Can you imagine what she do if she heard a couple of Christians discussing Romans 1? And then there are statues and protests and white supremacists carrying tiki torches they bulk purchased at Big Lots. Numskulls ruining it for everybody. So given all the “free speech” conversations you will have in this climate I thought I’d provide some helpful distinctions. 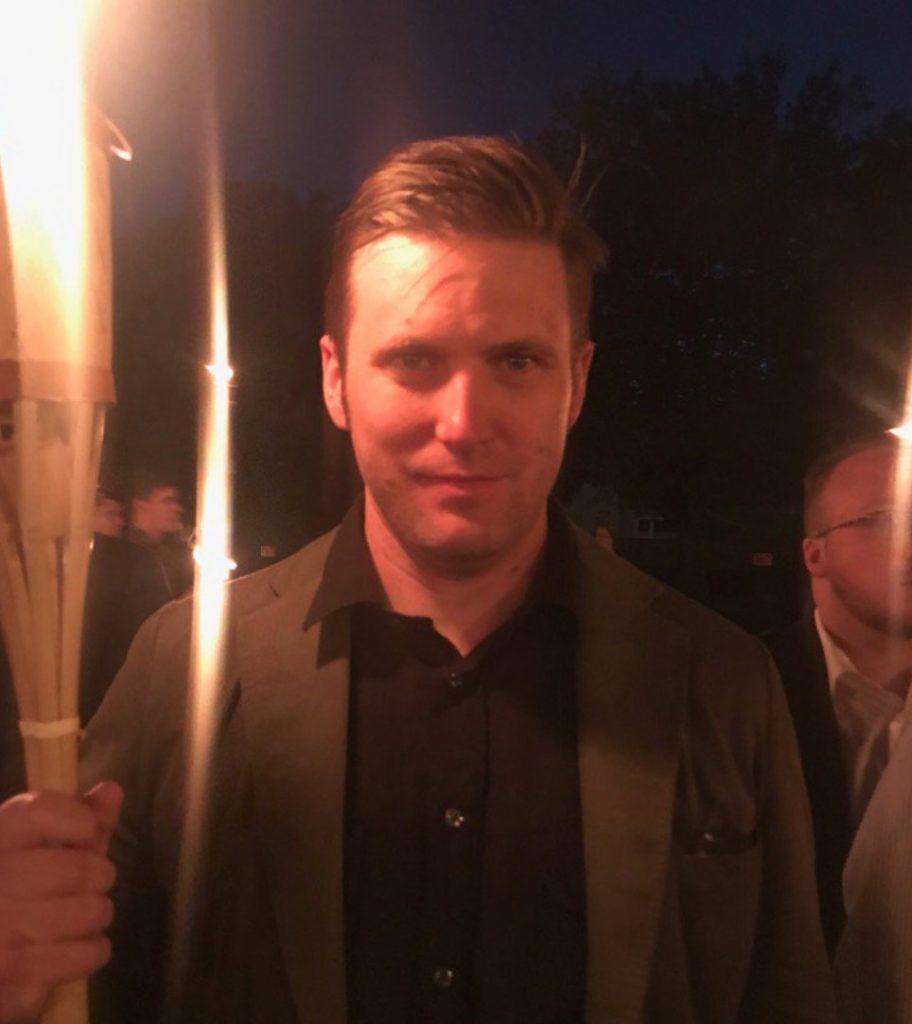 Richard Spencer, chief numskull and white nationalist with his tiki torch ruining everything

A couple of caveats: Free speech is complicated. The term carries more baggage than American Airlines. Like John Stuart Mill, I prefer “Unregulated Sentiment and Opinion” for reasons that will become clear. Free speech has never ever been about freedom to say whatever you want whenever you want to say it. If you think about it, that would be impossible. People who say free speech has no exceptions aren’t thinking it through.

First, it is true that the First Amendment (hereafter 1A) covers the state restricting speech not individuals. So there is a difference between the First Amendment and Free Speech. However, there are plenty of Supreme Court cases that protect individuals from others violating their speech rights. Most of these are what we in the free speech game call time, place, and manner restrictions. These are designed to prevent numbskulls from ruining it for everyone. It isn’t a violation of the First Amendment to regulate when, where and sometimes how someone expresses themselves. You can’t yell fire in a theater for giggles and I can’t protest in the middle of a McDonalds.  Neither of us can express ourselves with violence no matter what knuckleheads like Antifa say. 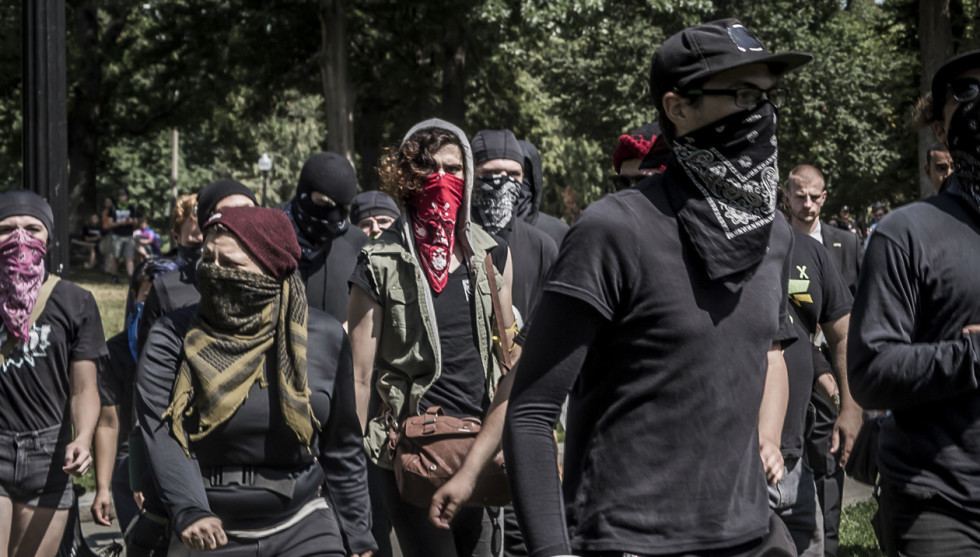 What makes these sort of restrictions acceptable is that they don’t regulate the content of someone’s speech just the means for its expression. Free Speech culture in the US does not take kindly to censoring content. There are exceptions. We think its pretty much okay for employers to restrict campaign posters and rhetoric in the cubicles at work. Notice that’s still restricting a whole class of content but only during a time and place.

That is a long way from restricting a viewpoint from public discussion–a 1A no-no. One Supreme court justice said it this way:

If there is any fixed star in our constitutional constellation, it is that no official, high or petty, can prescribe what shall be orthodox in politics, nationalism, religion, or other matters of opinion or force citizens to confess by word or act their faith therein. If there are any circumstances which permit an exception, they do not now occur to us.

Ironically that was from a case where our perennial adversaries the Jehovah’s Witnesses were threatened with expulsion if they didn’t pledge allegiance to the flag (West Virginia Board of Education v. Barnette) . This concept can best be called viewpoint neutrality. If there are exceptions to free speech (and there always are) it should not make the viewpoint unspeakable or inexpressible.

To sum up: free speech is complicated. By necessity it can’t be freedom to say whatever you want whenever you want it. When it comes to conditions on free speech, time/place/manner restrictions that don’t suppress any particular content are best. If UVA said “no torches on campus” this would be content neutral even if the only knuckleheads who would use torches to protest are white nationalists. Content restrictions are worse. If Charleston WV made an ordinance that banned all political parades but allowed gay pride parades this would be arguably content specific and a no-no. But worst of all are exceptions that suppresses a viewpoint. Germany’s holocaust denial regulations fit this category. So would most hate speech laws.

I know its a surprise but some people hate the gospel message. They find it repugnant, divisive and worst of all exclusive. How dare we? Some people tolerate us provided we stay out of the public square. Live your stupid homophobic, hate filled lives but don’t advocate for it. Just shut up. Shut up about the Gospel is the one thing we cannot do. For Christianity is the only religion where peaceful, advocacy for the Gospel is commanded. 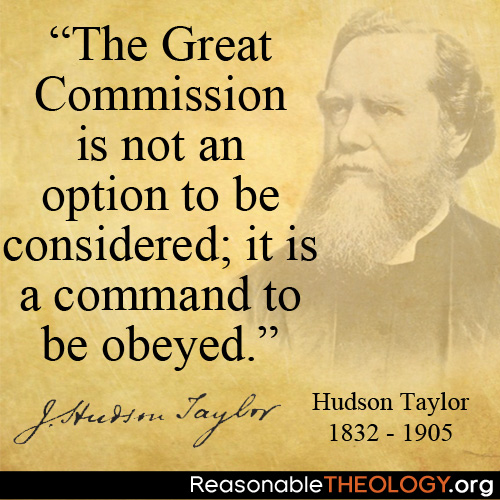 This quote from Hudson Taylor seems legit but it is the internet so . . .