A Ham-Handed Walk through Church History

Lessons from the Garden
As It Turns Out 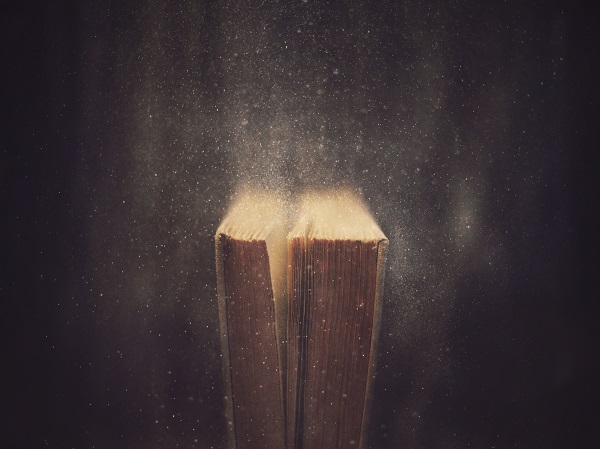 Sometimes when someone makes such an outlandish, obviously inflammatory statement you have to step back and look at what’s really going on. Take this headline from Churchleaders:

“The Ridiculous Emphasis Christians Place on the Bible”

We at ChurchLeaders believe in the inerrancy and authority of Scripture as the inspired word of God. In fulfilling our purpose of helping church leaders lead better every day, we found this article to be helpful in addressing a topic that perhaps we haven’t adequately considered inside the walls of our churches.

Good for them. I’m sure some people got all ragey at the thought that CL would post such an article. Christians gotta get over that kind of knee-jerk reaction. This is the age of the internet and we would do well to not be conformed to that world. But I digress.

Most Christians assume that immediately after Jesus died, rose from the dead and went back to heaven, that a leather-bound copy of the Bible descended from the sky.

So let’s start with this bit of hyperbole. I know of no Christians that think this, literally. I’m not sure what he means figuratively. However it poisons the well for anything that comes after it. The implication is that most Christians are ignorant, stupid, and foolish. And this from a Christian pastor who should know better.

Now it’s my turn. Just because Athanasius lists the books of the New Testament in 367 doesn’t mean that’s when we had the new testament. It didn’t, after all, descend from the sky into Athanasius’ hands. This statement is ignorant and foolish. Oh and condescending.  As is his analogy:

…that’s like Jesus showing up in the Jamestown colony when it had only 75 people in it, teaching, dying, raising from the dead, and then the Bible coming together in its final form this Thursday right before we head out to Applebee’s for lunch.

100 years after Jesus left it appears that some churches had copies of the collected letters of Paul and a gospel or two, but that’s it. Whatever copies existed remained in the possession of the local church leadership.

Jones paints a picture of scarce number of Christian texts and therefore scarce interaction with the scriptures. This is a fallacy. Even if Christians didn’t have personal texts to study this does not mean they didn’t have portions of the text to read. But Jones is not done with his privilege of modern culture against the poor first and second century Christians.

Besides, with the high rate of illiteracy among the social groups represented among the rank and file of second- and third-century churches, having a personal copy of the Bible would have been useless anyway. Most Christians wouldn’t have been able to read it.

So if they can’t read, they can’t study? Tell that to the synagogues all over Israel, pastor. The Christian church already had a model for studying the scriptures from its Jewish roots. Scriptures were read aloud and commented upon. A quote from Gamble (Books and Readers in the Early Church 1995) will suffice. Illiteracy “had little adverse effect on the ability of Christians generally to gain a close acquaintance with Christian literature.”  Jones’ assumption that just because early Christians were illiterate and texts were few that they didn’t place that much emphasis on studying the scriptures. There is a Greek word for this: baloney.

So why? Why stir Christendom up with this caricature of Church history. Jones isn’t trying to be insulting.

What if one of the reasons we’re so spiritually dead and the church is abysmally failing at its mission is not because we study the Bible too little, but too much?Instead of being out and about extending the works of the kingdom, Christians are wasting precious time excessively “studying the Bible” in groups and feeling quite content that if they’re practicing the “spiritual disciplines” at home that they’ve done their duty and can call it a day.

Oh if Brian Jones had started with this instead of giving us his amateur, ham-handed stroll through Church history. There are two claims here. One is naïve and the other has merit. First, the claim is that we spend to much time studying the bible instead of extending the works of the kingdom. We are wasting our time.

Jones means well I think. He seeks an explanation for the anemic spirituality of the Church today and he creates it with an assertion that we have a ridiculous preoccupation with Bible study. Jones has the same problem as the seminary drop out who gives up study because there are souls to save. Jones’ naïve assumption is that the only thing holding us back from changing the world is our preoccupation with Scripture study.

His second point has merit. No really. Hear me out. Christians, especially Evangelicals, do shrink Christian duty down to two requirements: Go to church and read the Bible. He’s right. When I became a Christian, discipleship instruction amounted to face forward on Sunday morning (and Wednesday and Sunday Night) and read your Bible. Maybe start in John. Maybe memorize some verses. I was told to pray but not told how to do so beyond “just talk to God.” When it came Bible study I had more invitations than I could count. When it came to how to pray in public, how to tame my lust, how to still my bouncing thoughts, how to give myself away other than sharing my faith, I’m sad to say my spiritual education let me down.

What about other traditional disciplines? Silence. Service. Secrecy. And those are just the S ones. I understand the importance of Bible study to prevent error and to preach, teach, and rebuke. But Christians should know about disciplining the body and mind that Paul speaks of in 1 Corinthians 9:27. Moreover it would have helped to know that Christians for thousands of years had practiced these same spiritual disciplines. That cultivating habits of prayer, meditation, service, humility, charity, giving, etc. were not things I had to make up on my own. Other people would come along beside me and not just to help me study to the bible but to cultivate a disciplined life.

If only he had started with that. That was a good essay. A good word for us to think about. But of course that sort of word, wouldn’t get as many clicks and it wouldn’t have such a provocative headline.

Lessons from the Garden
As It Turns Out