There is No Goddess But Gaia… 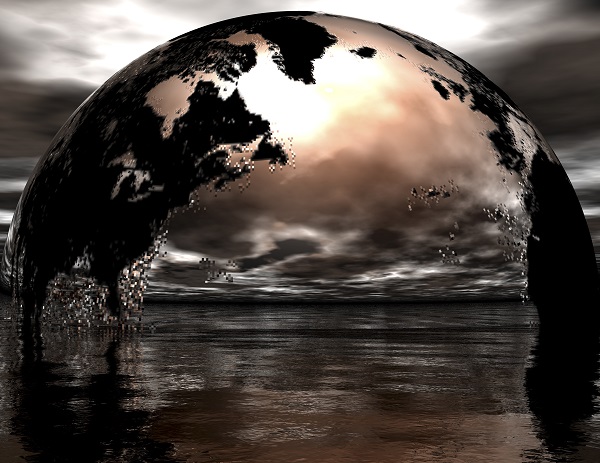 Last week when President Trump announced the US withdrawal from the Paris Climate agreement, there was a vast hue and cry from progressives worldwide. To us, the clamor sounded like priests and priestesses crying out, “There is no goddess but Gaia, and Progressives are her prophets!” Wikipedia informs us that “In Greek mythology…Gaia is the ancestral mother of all life: the primal Mother Earth goddess.”

Gaia mythology has captured much of the planet today. This is a religion that worships the earth – any who question their orthodoxy are summarily condemned as a heretic. The Parliament of the World’s Religions “condemns in the strongest possible terms the President’s decision to renege on the commitment of the United States to the Paris Climate Agreement.”

Just for the record, we know that the climate changes. We cannot think of any rational person who would disagree with that assertion. Living in the Midwest, we even have a name for this phenomenon. We call it “seasons.” This may surprise a few, but we have four of them – summer, winter, spring and fall – every year! We have ample warning of each approaching “climate change,” since the department stores helpfully begin stocking up and selling the merchandise for the coming season three or four months in advance.

We are also keenly aware that not only is the climate different from season to season, but the seasons themselves are often quite different from year to year. Some summers are warmer or wetter than others. Some winters are colder or have more snow.

Historically, there have been longer periods of years, decades and even centuries of colder or warmer weather. One of the warmer periods was the “Medieval Warm Period” from about 950 – 1250. The temperatures were warm enough that Greenland was actually green and had a strong agricultural society. This warm period was followed by the “Little Ice Age,” a very cold and bleak period for the planet. A conservative favorite on YouTube, Bill Whittle, who believes the earth is very old, looks back even further than this in his short video, “Bill Nye the Science Lie.” We don’t deny there are climate changes, some quite drastic! We note, however, that long term warmer periods have usually been better in many ways for mankind and our animal friends. We further note that there were very few automobiles on the road in the 11th century.

Given these historical facts of serious climate changes, who gets to say what the “normal” climate of the earth might be? Perhaps we might be considered “hubris deniers,” rather than climate change deniers. We simply don’t believe the human race is in charge of the weather or can affect it in any appreciable way. Since we control the thermostat for our houses, we do get to decide what is the normal temperature for our homes. At least we can still control our homes temperatures for now, until the grand poohbahs of progressivism have the power to decide for us – for the good of the planet (of course) – just how cool or warm our houses are allowed to be.

And don’t fool yourself – they very much want this power! But we digress. . . .

God is the climate master, in our view. We believe it is arrogant and conceited to believe that humans are the cause of climate change, no matter how often the claim is made that there is a “97 percent scientific consensus” that we are! It is telling that Climate Clergy hide facts that would call their ballyhooed statistics into question:

Since 1998, more than 31,000 American scientists from diverse climate-related disciplines, including more than 9,000 with Ph.D.’s, have signed a public petition announcing their belief that “…there is no convincing scientific evidence that human release of carbon dioxide, methane, or other greenhouse gases is causing or will, in the foreseeable future, cause catastrophic heating of the Earth’s atmosphere and disruption of the Earth’s climate.” Included are atmospheric physicists, botanists, geologists, oceanographers, and meteorologists.1“That Scientific Global Warming Consensus…Not!”

So, considering the 1,300 scientists who recently predicted warming between 2.5 and 10 degrees over the next century with the 31,000 who find no convincing evidence of human causation, we find that at least 96% of scientists do not believe humans are the cause of climate change.

In his Chapters from My Autobiography Mark Twain wrote:

Figures often beguile me, particularly when I have the arranging of them myself; in which case the remark attributed to Disraeli would often apply with justice and force: “There are three kinds of lies: lies, damned lies, and statistics.”2Mark Twain (1906-09-07). Chapters from My Autobiography. North American Review. Project Gutenberg. Retrieved 2007-05-23.

While it is true that statistics don’t lie, it is also true that liars often use statistics. The Progressive clergy of the cult of Gaia use this misleading “97 % percent scientific consensus” statistic as a weapon to assassinate the character and cast aspersions on the intelligence of those who disagree with their claims and apocalyptic prognostications. We are falsely excoriated as “climate deniers who want dirty air and dirty water!” (Oh yeah, that’s what we have always wanted…) Actually, it is our belief from Scripture that God gave us stewardship of His creation, and for that reason we are responsible to care for it – but that by no means gives us any ability to control it. We’re not that powerful.

The “97%” claim needs to be put to the test, by looking at it more deeply and in context. Our friend Calvin E. Beisner, Founder and National Spokesman at Cornwall Alliance for the Stewardship of Creation said:

They simply have no idea that the vaunted “97 percent scientific consensus” extends only to the agreement that the world has warmed since the Industrial Revolution (the end of the Little Ice Age) and that human activity has probably contributed “significantly” (which for scientists can mean as little as a few percent). It doesn’t extend to the notion that human activity is the majority cause, or that the warming is historically unprecedented or dangerous, or that it’s so dangerous as to warrant spending trillions trying to mitigate, money that could be spent instead on providing electricity, pure drinking water, infectious disease control, sewage sanitation, industrialization and lots of other things that lift people out of poverty, disease and premature death and enable them to adapt to any future climate – warmer or cooler.3“Why did some U.S. firms support Paris agreement?”

Since at least the 1920s, the climate change clergy have been prognosticating that a “Climactic Armageddon is right around the corner.” From 1920 – 1970, it was global cooling which would be our undoing, culminating in Canada and the Northern US being covered in a glacier before the end of the 20th century! Why, we all would need to flee to Florida or even further south. Wikipedia notes The Washington Post story of January 11, 1970, “Colder Winters Herald Dawn of New Ice Age”:

Get a good grip on your long johns, cold weather haters — the worst may be yet to come. That’s the long-long-range weather forecast being given out by climatologists.’ the people who study very long-term world weather trends.

Then of course, it became the hottest “scientific” fashion to say the earth was not cooling, but getting warmer! Finally, though, all the very smartest people decided that it was really safer to use the term “climate change” to describe the future apocalypse. That way, whatever you may see out your window is ironclad evidence of their theory. Intense cold or heat, heavy snow or rainfall, floods or drought – ALL point to disastrous “climate change” that is going to kill us all! And who could or would disagree that climate changes?

Scientists, Christians, and the Progressive Climate Clergy all agree that the climate changes. Past that, however, opinions diverge. As Cal Beisner pointed out, most scientists don’t support the idea “…that human activity is the majority cause, or that the warming is historically unprecedented or dangerous, or that it’s so dangerous as to warrant spending trillions trying to mitigate…”

We pretty much believe that if humans contribute anything at all to warming temperatures, they would have a very negligible impact, certainly not enough impact to warrant crippling or killing the economy to fix or handing over our birthright of freedom to these arrogant self-appointed despots of doom!

Fundamentally though, the battle we are engaged in here is a religious one, not a scientific one. As Christians, we really need to look beyond the “scientific” veneer of climate change dogma, and take note of the blatant paganism that underlies it.

Native American religions, for instance, offer a rich tapestry of ideas about our relationship to the earth. One of the most moving and frequently quoted explanations was attributed to Chief Seattle in 1855, “Will you teach your children what we have taught our children? That the earth is our mother? This we know: the earth does not belong to man, man belongs to the earth. All things are connected like the blood that unites us all.”

What Paul says in the first chapter of Roman is so pertinent here.

For what can be known about God is plain to them, because God has shown it to them. For his invisible attributes, namely, his eternal power and divine nature, have been clearly perceived, ever since the creation of the world, in the things that have been made. So they are without excuse. For although they knew God, they did not honor him as God or give thanks to him, but they became futile in their thinking, and their foolish hearts were darkened. Claiming to be wise, they became fools, and exchanged the glory of the immortal God for images resembling mortal man and birds and animals and creeping things. Therefore God gave them up in the lusts of their hearts to impurity, to the dishonoring of their bodies among themselves, because they exchanged the truth about God for a lie and worshiped and served the creature rather than the Creator, who is blessed forever! Amen. (Romans 1:19-25)Ω