Partying Like It’s 1648: Why Muslims Are So Different
Cultural Thin Ice 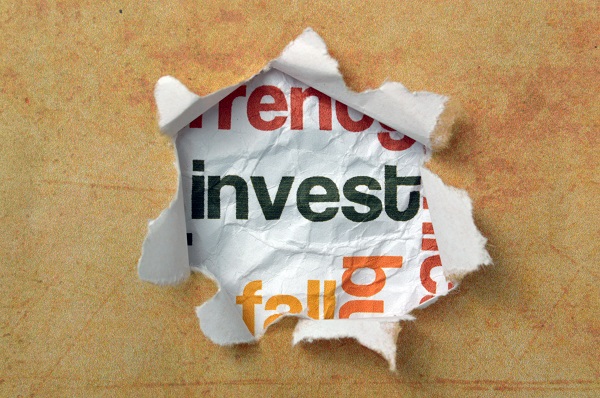 I have been reading Adapt: Why Success Always Starts with Failure by Tim Harford. One of our supporters, who had been personally involved with several authoritarian groups, sent the book to me. She had been intrigued by Tim Harford’s idea of being blinded by the will. The blinding of a person’s will happens when he or she has fully invested themselves into something which turns out to be a terrible mistake. Not willing to accept that they have fully invested themselves in an egregious error blinds them from the reality of it. They simply will the error to be true. We see this all the time in cult interaction. You can prove to a person that he has been deceived, that he is believing and living a lie, and you may even see the distress this information is causing him, yet he sets his face, his will, and simply refuses to “understand” what you are saying.

Adapt is not a Christian book and the author applies Darwinian theory to management, decision making and other areas of business and military life in some interesting ways.

One chapter concerns investments. Harford asks, “What comes to mind when you think of investments?” He notes people usually identify investment with such things as purchasing a home with the hope of its appreciating in value over time. Or, it might be a stock investment or the purchase of a business with a view to obtaining financial gain.

Harford shows that gains from investment are not necessarily financial in nature. In the Second World War, Britain invested in the prototype of the Spitfire fighter plane. at about the cost of the average home at the time. Not a big money maker for Reginald Mitchell, the designer of the fighter. However, it turned out to be an immensely profitable investment in terms of people’s lives. The Spitfire was such a superior fighter that Britain ended up controlling the air space, resulting in the saving of as many as 430,000 British lives, and turning the tide of the war in Britain’s favor! Very importantly, among the 430,000 lives saved were the Jewish scientists who moved from England to the US to work on the Manhattan Project to develop the atomic bomb, which brought a swift end to the war in the Pacific, saving countless Allied and Japanese lives. Quite a great investment the Spitfire turned out to be!

Investment or treasure is what is most important to each of us. Mostly we do think in terms of monetary gains. Yet here we have a non-Christian pro-Darwinian book suggesting the surpassing treasure in the value of human life.

Sell your possessions and give to charity; make yourselves money belts which do not wear out, an unfailing treasure in heaven, where no thief comes near nor moth destroys. For where your treasure is, there your heart will be also.

Your heart follows your treasure, your investment. The Apostle Paul not only understood this, but told the Roman believers:

I am telling the truth in Christ, I am not lying, my conscience testifies with me in the Holy Spirit, that I have great sorrow and unceasing grief in my heart. For I could wish that I myself were accursed, separated from Christ for the sake of my brethren, my kinsmen according to the flesh, who are Israelites, to whom belongs the adoption as sons, and the glory and the covenants and the giving of the Law and the temple service and the promises, whose are the fathers, and from whom is the Christ according to the flesh, who is over all, God blessed forever. Amen. (Romans 9:1-5)

Paul referred to himself as the “Apostle to the gentiles,” yet he still had a great deal of his heart invested in his own people, the Jews. Paul’s words are from a far distant past, so maybe we don’t fully grasp the deep heartfelt dimension of his words which tell us where his treasure was. He was heavily invested in the salvation of his people. He would gladly have given his own life to buy their redemption.

Do we feel that way towards the lost in our circle? It is often difficult to see people in our lives as being truly lost and separated from God. Yes, we understand theologically that people without Christ are lost and separated from God, yet often we exclude the “good people” in our lives from that category, or refuse to think about it. It’s painful, so we may not want to see the people in our lives as lost and in trouble they might not even be aware of. And if we do see it, what might it cost us to reach out to them? What might we have to invest? Our money? Our time? Our heart?

Years ago Joy met some Jehovah’s Witnesses and she came to care about them. The more she cared for them, the more it occurred to her that she needed to learn a little something of their belief system, in order to reach them with the gospel. But, even a cursory education about the Watchtower Society made her realize that these women were caught up in a cult, and that she was woefully unprepared to help them out of it. Suddenly, it became imperative to learn everything she could about the group. And of course she dragged me into her quest. We were not wealthy people, but there wasn’t a book we wouldn’t buy to learn about the doctrine, practices and history of the Jehovah’s Witness organization, something we had no prior interest in at all. Time was another necessary investment, of course. You cannot read voluminous books or fervently pray for people without spending time. Above all, there is the heart investment, which is huge. It’s amazing how much you can come to care about people in a way you never cared before once they come into focus.

One of the most profound examples of this type of profound change of heart is illustrated in the film, Schindler’s List, based on a true story. For those who did not see it, it was about the Nazi Holocaust of WW2, and one man’s utter transformation in reaction to it. It was the story of an ordinary man trying to live his ordinary “looking-out-for-number-one” life in an extraordinarily evil time and place. Oskar Schindler did not want to save Jews. He just wanted to get rich, and improve his investment portfolio. But, as a mere by-product of his obsession with obtaining the good life, he at first incidentally saved Jews in Nazi Germany by putting them to work in his factory. He just wanted to use their extraordinarily dire circumstances as a means to personal enrichment, and fully enjoy his own life in the process with women and good times. But one day, when he was out horseback riding with one of his lady friends, he chanced upon a horrible scene of real human beings that were viciously swept up in a Nazi ghetto “cleansing” operation. People were cruelly beaten, some were arbitrarily shot and all were taken away to a certain death. He spied an adorable little girl wandering around amidst the confusion, and in the end, he saw her, still in her little coat, among the dead being carted away. He was stricken with a terrible grief at seeing this. All of a sudden, he saw the humanity of the people who were victimized by the Nazis. He had enjoyed casual friendships with the Nazis as a businessman, and personally benefitted from these relationships without giving a thought to the evil that was happening around him, but now he saw the stark truth. It was devastating. The rest of the movie details how Schindler was profoundly changed when his eyes were opened to the truth. He came to realize that his workers were more than just “furniture” in his life; these were little girls and boys, old folks, men and women – precious souls whose lives were being savagely destroyed by the evil menace of racial hatred.

He eventually saved the lives of over 1,100 people, but he had to purchase them from the Nazis – without their knowing what he was up to – to accomplish this. But what did he use to purchase them? He used the very money he had made in the factory, and the good life that went with it. Do you see the irony? He started out seeing people as nothing more than a means to acquire money and material things, but ended up seeing that the true wealth was in the people, and realized that the money was merely a means to save people, who are infinitely more valuable than things. He made a list, and he spent everything he had to buy his workers, and provide them with a place of safety. Yet, at the end of the movie, as he contemplated the number of lives he had saved, all he could think of was that he could have saved even more lives if he had only been a little less selfish still. He looked at his expensive car, and he cried in anguish, “I could’ve gotten two more people for that – two more people – I didn’t do enough‘.” “No, no, you did so much,” was the reply from Isaac Stern, his Jewish business manager whose life had been one of those saved by Schindler.

That is the very transformation that can come to you and me as we let God shed His love abroad in our hearts. Do you want to hear some day that you have done so much? Do you have a list? Is it worth it to you to spend your money, your talents, your time, and your prayers, to bring your people to a place of safety? Please Christian, we beg you not to waste your opportunity to take part in the only truly great venture this world has to offer. The choice is yours. Your salvation is not at stake if you live selfishly. But so much is. Work for the reward that will never perish.Ω

Partying Like It’s 1648: Why Muslims Are So Different
Cultural Thin Ice