Schadenfreude Ain’t a Town in Germany 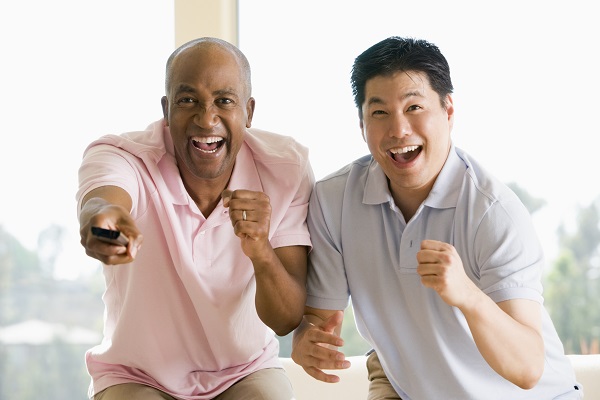 There are a whole lot of people right now that are very happy. They are happy because the tide of the culture war seems to have shifted. The President nominated a sane and fair man for the Supreme court. The department of Education won’t declare war on homeschooling. The good guys are in power and the bad guys are all a bunch of crybabies who throw fits when they don’t get their way and start burning things. 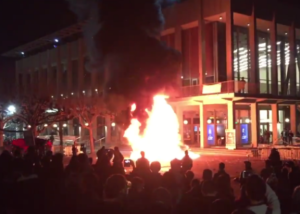 There’s a term for this feeling in German. Schadenfreude  means pleasure derived from the misfortune of others (Leave it to the Germans to coin a word that is almost as long as the definition)  See also “comeuppance” and “payback”. It feels good when you’ve been on the bottom to finally see the enemies of all that is right and decent stew in their own emotional baggage.

Except we are Christians and to wrench a phrase out of context, as Jesus said, “It shall not be so among you.” Actually let’ s look at it in context.

“Teacher, we want you to do for us whatever we ask of you.” And he said to them, “What do you want me to do for you?” And they said to him, “Grant us to sit, one at your right hand and one at your left, in your glory.”

We forget sometimes what the disciples were anticipating: the greatest cultural revolution ever. Those who were the tail now become the head. God in his righteous judgment smiting all over the place. It’s pure speculation but I can see James and John’s request as not just about getting power and prestige, but maybe just a little comeuppance as well. In their cultural vision of the kingdom, the Romans would be out and all those who had trampled on the poor Israelites (tax collectors, Sadducees) would get what’s coming to them. Jesus’ warning says don’t be like the rest of the world. They lord it over each other. The Emperor Tiberius certainly did. When his confidant Sejanus plotted to over throw him about the time Jesus was saying this, he reigned terror on the conspirators, killed anyone remotely associated with the plot, and forbid anyone to cry about it.

Jesus isn’t the first to warn of the dangers of Schadenfreude. Proverbs 24:17-18

Do not rejoice when your enemy falls,
and let not your heart be glad when he stumbles,
lest the Lord see it and be displeased,
and turn away his anger from him.

This is a very interesting verse. It seems to say that if you engage in schadenfreude at your enemy’s failure, you run the risk God’s displeasure at your actions and–maybe because he cares more about the character of the righteous than comeuppance in the short term–he will relent in his punishment of your enemy in order to prevent you from getting to comfortable in your schadenfreude.

There is another reason to fear our penchant for Schadenfreude. It can cause us to lose our focus and miss important things. When the President said that CNN and other established media were the enemies of the American people. I experienced some Schadenfreude. “Good. They deserve it.” The media folk have been irresponsible and agenda driven for a long time. I remember Dan Rather’s hatchet job on George W. Bush. I remember selective editing over Trayvon Martin. I remember even Saturday Night Live recognizing that the media had a favorite by making fun of how the media treated then candidate Obama in his first match-up with Clinton. Would Obama like a pillow?

But that Schadenfreude was short lived. If all news outlets are not just biased but enemies of the people then this is license not to monitor them and call them to account but to simply dismiss anything they say. This means then that we are free to “fact check” with whatever resources we deem fit.

Human nature being what it is, we will engage in confirmation bias at the drop of a hat. And boy will we drop the hat. Confirmation bias is your own bias to readily accept sources that agree with your pre-conceived opinion and dismiss those sources that don’t agree sometimes aggressively. 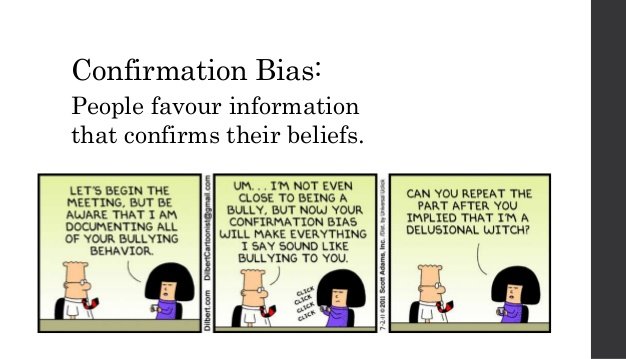 This is a recipe for disaster. The virtues of conscientious fairness (“The other side might have a point.” “They are not all crazy”)  and intellectual humility (“I could be wrong and I should be willing to change my mind”) do not flourish well in a climate where the narrative is the folks you don’t agree with aren’t just biased but evil. Any news that doesn’t fit my views is easily dismissed. Pretty soon I don’t even have to listen to them anymore except of course when they mess up and I can find pleasure in their mistakes.

Judgment begins with the house of God and Christians should be careful. God seems to care more about our character than short-term vengeance (justice–long-term justice–for the wicked is another matter entirely).  He might just ease up on the bad guys, whoever you think they are, to keep us from becoming like them.

Leave a Reply to Ann B Foutch Cancel reply