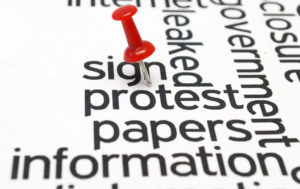 Two weeks ago, we wrote a blog called “Social Justice U”. The blog highlighted a talk by Dr. Jonathan Haidt, where he gives concrete examples of how political correctness and protected victim status is harming society, and greatly exacerbating the very social ills that the “social justice crowd” claims to address. He points out that to arrive at truth, there MUST be a welcoming of all viewpoints to the table. This is how universities used to be, and need to be again, to allow competing ideas to correct each other, fill in blind spots, and allow consensus to be formed, a consensus that might alleviate real societal problems.  The Bible calls this type of interaction “iron sharpening iron.”

The discussions about “Social Justice” and/or Christian obligations often deteriorate into acrimony with sharp divides between Left and Right. One of the examples Dr. Haidt cites is the issue of childhood/generational poverty. On this issue, as on so many others, the Left and Right do not agree on the causes:

Haidt made the very good point that virtually everyone would like to find a solution for childhood poverty. Who would not? Perhaps both sides have something good or useful to offer in understanding the “root causes” for poverty, but because of political correctness, only one side, the left side, is even allowed to be heard at many universities, never mind openly discussed and debated.

If someone should suggest that the decline of marriage plays a large part in whether a child can escape poverty or pass it on to a new generation, the offending person will be duly bludgeoned for “blaming the victim.” OK, but what role might irresponsible personal choices have to do with one’s failure? “You’re blaming the victim again!” And as Haidt points out, in Social Justice circles, “blaming the victims is blasphemy.”

Universities must be based upon a search for truth, rather than be a safe place to perpetrate what is essentially unquestioned propaganda, free from any depository evidence.  Anathematizing one side’s ideas cripples the possibility of any real solution being implemented to help real people.

Why should ideas be anathematized anyway? Don’t liberals preach tolerance? Whatever happened to “There ain’t no good guys, there ain’t no bad guys, there’s only you and me and we just disagree?”

In 1965, Democrat, Daniel Patrick Moynihan was alarmed at out of wedlock birthrate in the black community and warned of grave consequences to society if the trend continued. About the time of his report, out of wedlock births among whites was 4% with good upward income mobility. Among Blacks, it was 27% with, as you might guess, less upward income mobility. By 2010, out of wedlock births had risen to 29% among whites while among Blacks it was 72.5%! The problem has gotten far worse, but the “acceptable and sanctified causes” of generational poverty had been “decided,” set in stone, so no further discussion on the matter was allowed. Nothing was done to mitigate the problem, because to even suggest that people should be encouraged to marry and remain married is just, you know, “blaming the victim” for their poverty. And every good person knows that the one and only reason for black generational poverty is systemic racism and discrimination. We have not heard that excuse when trying to explain poverty among whites. Yet, in the meantime, the problem keeps getting worse, and poor blacks are naturally getting very angry and tired of “white racism keeping them down”, as they have probably learned in school and in political gamesmanship. Just to be clear, this problem is not at all confined to black communities. Out of wedlock births have skyrocketed in all segments of society – and the same exact problems have surfaced there as well.

Dr. Haidt worked on The Brookings Institute’s “Opportunity, responsibility, and security: A consensus plan for reducing poverty and restoring the American Dream,” the statistics demonstrate the impact of out of wedlock births on the problem of poverty.

Dr. Haidt also address sexism. Why, for example, are women so under-represented in tech jobs? Is it due to systemic sexism or discrimination? No, the tech industries LOVE to hire women into these jobs, to burnish their liberal credentials if for no other reason. Yet men are employed in tech jobs about twice the rate of women. That shouldn’t be, should it? Well, yes it should be – if women are free to take jobs that coincide with their interests. Correlation does NOT imply causation.

Women earn most of the PHDs in this country. Yet they are vastly over-represented in people oriented jobs, and vastly under-represented in Silicon Valley type tech jobs. Is there employer based discrimination or are women discriminating by instead choosing jobs that interest them?

Truth underpins the gospel which gives us peace with God. It also underpins a free and successful society.Ω