Royal Pains
A House Divided Against Itself 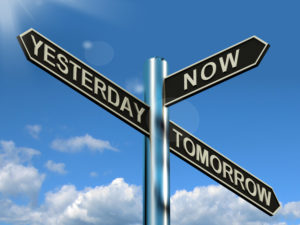 Joy and I were at the Witnesses Now for Jesus Convention in PA this past weekend. It is always a time of encouragement for us as we gather with many who have left the Watchtower and come to faith in Christ, as well as others who, like us, invest their time, energy, resources – and heart – to reach those trapped in this false and abusive religious group. Any Christian who is involved in this ministry will tell you that God placed a strong love in their heart for JWs, a call that even they do not quite understand, but are compelled to answer. Every year there are some ex-JW’s who are there for the first time. They often come in with a little fear and trepidation, not knowing what to expect. In many cases, these people have been very hurt by their involvement with this cult, shunned by family and friends, and wandering in a spiritual wilderness, uncertain what to believe. They have questions, such as: There are so many churches to choose from – which one is the true church? How can I know if Jesus is God? Is the Trinity true or just a pagan teaching? Does God care about me? Do you care about me, and can I trust you not to abandon me if I ask these questions?

This year was no exception. Julie sat with us at meals, and asked questions on various topics. On the second day she remarked at how excited she was that when she asked questions, she felt no rejection or impatience. Julie was raised as a Jehovah’s Witness. Her family are all Jehovah’s Witnesses, and when she began having doubts and left the organization, they shunned her, as they have been taught to do. She has since come to faith, and is trying to navigate through the seemingly competing claims of various denominations. A daunting task indeed! Although we talked about quite a few different things (and will be further talking by email and phone in the future) there was a recurring theme in her discussion with us. She asked if we would pray for her family. She recognizes that she is probably not the person who will be able to reach them with the gospel of grace, and she is praying that God will bring someone into their life who will cause them to doubt the Watchtower and perhaps come to a knowledge of the truth.

Over the years when we have had the opportunity to see a JW or ex-JW come to Christ, we discover that someone has been praying for them – in some cases, for a very long time. Prayer is just so important.

In the late 1970s, Joy had joined a bowling league where she met some Jehovah’s Witness women that she came to love. Joy, from a Christian background, knew that the JWs were not Christians, even though they call themselves Jehovah’s Christian Witnesses, but she only had a very fuzzy idea of JW beliefs and practices. When she tried to talk to her JW friends about spiritual things, she was somewhat surprised when they asserted that they believed in Jesus too. Of course Joy did not know at the time that it was a very different Jesus that they believed in – one who was a small “g” god, who had been Michael the archangel in a former life, and would regain Michael’s identity at his so-called “resurrection.” Those are some of the little details that she had yet to learn. She asked our pastor at the time if he had some information to give her, and he gave her a single tract that he happened to have. OK, it was a start. She then met a man at a Christian event who was married to a JW woman, and he recommended a book, which she purchased and read. Unfortunately, the book was very dated and not overly helpful, and any other information was scarce indeed. There was no Google back there in the dark ages, either. Then she saw a multi-part John Ankerberg program which featured four ex-JW women – Joan Cetnar, Lorri MacGregor, Jean Eason and Helen Ortega – who told of their experiences in the Watchtower, and explained how very far JW teaching is from true Christian doctrine. They also spilled the beans about the organization’s many false prophecies, and shared that many people, including children, were needlessly dying every year because of the Watchtower’s prohibition of its members to accept blood transfusions. And they shared a whole lot more, such as the abominable way that JWs were treated if they came to disagree with the Society on any point of doctrine – how they were abandoned by friends and family, and supposedly doomed to die at Armageddon…and so much more. It was a real eye-opener. We discovered that there was an ex-JW convention – Witnesses Now for Jesus – held every year in PA, and that these women were all a part of it. (Joan and Bill Cetnar had in fact started the convention some years earlier after leaving the JWs) We called the Cetnars, and attended the convention that year, and were blessed to hit the “mother lode” of information about the Watchtower Society. This in fact led to our starting Midwest Christian Outreach. We set up and advertised a helpline for Jehovah’s Witnesses.

One day, fairly early on, Joy received a call from a woman who was initially too afraid to identify herself – for fear this helpline was a trap set up by the Watchtower to catch wicked doubters in the organization! Joy assured her that the helpline had no connection to the Watchtower Society. As they talked, she asked Joy why she was involved in this outreach to JWs and ex-JWs. Was Joy an “apostate?” (An apostate to a JW is someone who has left the Watchtower Society, taught to be very evil by the WTBTS) Joy then explained that she had never been a JW, but had gotten involved because she bowled with a group of JW women and loved them. Upon hearing that, the women said that she recognized who Joy was! It turns out that she was one of the JWs on the bowling league! Yes, God is full of those types of surprises! J  She had been suffering severe doubts and had no one to talk to about her forbidden “apostate” thoughts, which naturally sprang from the terrible, awful, demonic sin of independent thinking. She revealed that her name was “Jane” (not her real name), who Joy then recognized, and though she was still fearful, she agreed to allow Joy to send her a package of audiotapes and other material.

Joy began sending audiotapes, many of which were testimonies of former Jehovah’s Witnesses and teaching seminars from the Witnesses Now for Jesus Convention, along with a large packet of photocopies of Watchtowers showing all their failed prophecies and other problematical and often embarrassing teachings of their hidden past. As “Jane” and her husband listened to the tapes and looked at the other material, they realized in short order how they had been deceived by the Watchtower. “Jane” had been involved for 24 years and her husband “Dave” for 35 years. They, along with their children, ended up leaving the Watchtower and trusted in Christ for their salvation. As we were meeting with them, answering the myriad of questions they had, we discovered that “Dave’s” elderly aunt, a Baptist, had been praying for them for 35 years! As it turns out, we were the tools that God used to answer that faithful woman’s prayers. “Jane” also revealed that she had been the individual who persuaded her JW women friends to join the bowling league all those years earlier. And all the while, I (Joy) had thought that it was all my own brilliant idea to join that bowling league, just to have fun!  God is indeed a faithful God Who answers prayer!

We need to pray for our unsaved friends and family – whether they are JWs or some other variety of lost person – and never give up! It is also essential that we prepare ourselves as best as we can to help those individuals who God puts in our path due to someone else’s fervent prayers. It is a great joy to be the answer to someone’s prayers, and to be instrumental in bringing people out of darkness and into Christ. A great joy like no other! We thank God for Joan, Lorri, Jean, David Reed, Duane Magnani, and many other men and women who were, in fact, God’s answers to our prayers, and freely gave of themselves to prepare us for this ministry. Once they were out of the Watchtower, they could have simply walked away. They were FREE. But instead, they made it their life’s work to set others free, and teach other people how to do the same. And this is how the body of Christ is meant to work – one sows and another reaps. One prays and another speaks. And God arranges the schedule.Ω

Royal Pains
A House Divided Against Itself