A House Divided Against Itself
Your Money or Your Kids 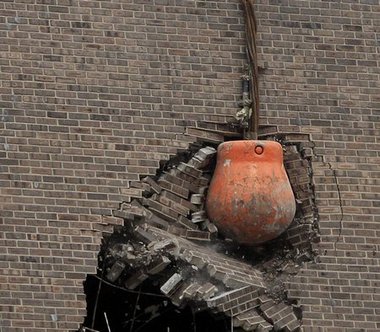 I was pimply faced and wide-eyed and full to the brim with a combination of naivete and cocky assurance–in other words, a freshman in college. Add a healthy dose of hormones and a campus where the male to female ratio was over 100 to 1 (I attended Blue Mountain College, a women’s college) and you had the making of a disaster. I knew next to nothing about women but was sure I was ready to find one. Someone wiser took pity on me and handed me Elizabeth Elliot’s book Passion and Purity.

It was the story of her courtship with Jim Elliot who would later martyr himself in Ecuador. She recounts a story in that book that stopped my youthful desires cold. Long after Jim Elliot was dead, Elizabeth was talking to a young woman I think. She recounts that the young lady had just come from a meeting with someone she really fancied. In the process of recounting things to Elliot she remarked that she thought this strong, handsome, young man was just who God wanted to give to her. She spoke of it as if it were a gift God was waiting to give to her. “Fair enough,” I thought. I had heard as much from youth my age. Then Elliot launched a wrecking ball of a “What If” What if God has planned you, young lady, as a gift for someone Elliot implied that might not be as handsome as her date?

Elliot’s what if implied that the young lady was thinking about marriage all wrong. What if it wasn’t about what God should give to her but what she should give to another? The young lady balked. Then I believe there were tears. “Doesn’t God want me to be happy?” seemed to be cry of that young lady and I had to admit it was mine as well. Elliot’s wrecking ball question smashed into my adolescent fantasies. What if I would be called upon to forgo happiness for something more holy, self-sacrifice.

There were a dozen little moments that year that further demolished my solid edifice of youthful naivete–Jerry Bridges book The Pursuit of Holiness, an awkward conversation with girl I shouldn’t have been dating.  All of these little things added up to one question: Did I want God to make me happy or did I want him to make me holy?

Ironically about this same time, I was first exposed to philosophy. There were no philosophy courses at Blue Mountain at the time, but a dear theology professor took it upon himself to extol the virtues of philosophical thinking to a room full of would-be country preachers. He spoke of Aristotle and invoked strange words like eudaimonia  and arete. I learned that Aristotle’s idea of eudaimonia got translated in English as “happiness.” I also learned that Aristotle’s happiness had nothing to do with contentment and getting what you want. It had more to do with becoming something.

The New Testament curiously doesn’t used the word eudaimonia. This is somewhat surprising since there is some cross-pollinating between the Hellenistic world and the New Testament (witness John’s appropriation of the Greek word logos–a favorite term of Heraclitus and some Stoics). Jesus and Paul both use makarios for “happy” or “blessed.” Jesus uses in his list of kingdom virtues in Matthew 5 (Blessed are the . . . ) and Paul uses it to describe the hope we have in Jesus  (Titus 2:13)  Peter uses it to describe those who suffer for the Gospel (1 Peter 3:14)

Aristotle uses this word to describe the life of a god and there is a famous puzzle in his works about how he facilitates between them. Here’s Nick Gier:

In this discussion the “supremely happy” or “blessed” person is described alternatively by two different Greek adjectives: makarios and eudaimonia. One might say the former defined as “blessedness” is best applied to the gods, while the latter, which we might call “earthly happiness,” is appropriate for human beings. Eudaimonia in this sense was of course the theme of the early books of the NE, but now makarios seems to be the focus . . . Aristotle cannot decide about the feasibility of his new goal: at one point he says that we should try for it (viz., to become immortal), but then he says that it is “too high” for mortals.

The very word Jesus and Paul use to describe life in God is the word Aristotle stumbles upon.  It is both longing and out of reach for mortals. And yet, the Gospel says it is not out of reach. It is near to us if we will accept it. True happiness is to become something. To become like God. To become what we were meant to be. God doesn’t want us to be merely happy. He wants us to be like him. That is the wrecking ball that shatters all our petty notions of what we desire. Our happiness comes from our holiness.

A House Divided Against Itself
Your Money or Your Kids