Who is Israel and Why You Need to Know: A Review of Batya Wooten’s “Who is Israel?”
Answering JW Objections to the Deity of Christ 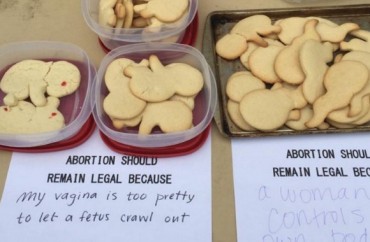 I have an announcement to make. I once drowned some puppies. We had an unexpected litter. I could have found homes for most of them but we were in the process of moving and starting a family and so instead I drowned the puppies. And you know what? I’m tired of feeling like I have to hide this. I did nothing wrong. I did what was right for my family. It is not like I killed a person. They were just puppies. They didn’t even have their eyes open. I know some of you have done something like this. You’ve killed a kitten or drowned a dog or maybe took a hammer to that hamster because it wasn’t convenient to clean out that cage one… more… time. We shouldn’t have to feel ashamed for not wanting to be forced to take care of something we don’t want to.

Did I get your blood boiling? Take a deep breath. I have never drowned puppies. Ever! I haven’t killed a kitten or done whatever to hamster. Though I did let a mouse go that wasn’t working out as a pet. My point is that regardless of the fact that puppies are just dogs and not humans, there is something wrong with killing puppies because we just didn’t want to deal with the responsibility or the inconvenience of giving them away. There is something callous and tone deaf about shouting with glee that I did this. You know where I’m going with this don’t you?

That’s Ilyse Hogue of the National Abortion Rights Action League doing on national television what women have been doing on twitter … SHOUTING her abortion. Women are tired of feeling guilty. They are tired of not talking about this thing that they did. Here’s one announcement:

Plenty of people still believe that on some level – if you are a good woman – abortion is a choice which should be accompanied by some level of sadness, shame or regret. But you know what? I have a good heart and having an abortion made me happy in a totally unqualified way. Why wouldn’t I be happy that I was not forced to become a mother?”

I know I have the wrong chromosomes to be criticizing women right? I mean, because of that Y chromosome I am totally disqualified from telling any one that this is just wrong. But I also have this degree in philosophy that tells me it is a fallacy to say someone’s argument has no value because of the gender of the person making it.  I’m willing to debate issues about abortion with reasonable people. I’m willing to discuss the moral status of the the fetus. I’m willing to discuss the conditions of rape and incest. I’ve done so. While I disagree passionately with pro-choice/abortion people, I can discuss with someone who thinks abortion is a necessary bad.

In fact, a new study by the Lancet medical journal should reshape our thinking about how we fight for the unborn. The most depressing statistic is that 1 in 4 pregnancies in the world end in abortion. Much lower here in the US than a good portion of the world. However, legal restrictions on abortion had little to no statistically significant impact on the abortion rate. Also married women were more likely to get an abortion than single women worldwide and the poor were way more likely to get an abortion than the wealthy. These are legitimate statistics that we should consider.

But this shout your abortion. This is hubris. “It made me happy.” ? And we all know that happiness, and by happiness we mean contentment, is the end all, be all, of human pursuit. Right? Right? Not happy with your spouse? Divorce them. Not happy with the family? Leave them. You gotta be you right?

Sigh. That pesky Jesus reminded me to pray for my enemies. To love those who hate us. To do good to them not send them pictures of bloody fetus. If I put myself on the other side of this debate, if I try to see it from Ilyse Hogue’s position, I just get sad. Sad because me thinks the lady doth protest too much. Of course Lindy West would shout her abortion. The alternative, that she was wrong, that this was a baby not an “it” would be horrific. Because it would mean she committed homicide. I didn’t say “murder.” I think we use that term way to much. There are lots of different kinds of homicide. One is negligent homicide–sometimes called involuntary manslaughter.

Sometimes the negligence is due to a lack of deliberation. I am saying that if the fetus does have personhood, then Hogue’s actions fit that definition morally (but obviously not legally). If not, then it doesn’t. I don’t suggest that this means that anyone who has had an abortion should be punished as Donald Trump has suggested. I do however think that the definition fits what Mrs. Hogue did. She didn’t intend to kill another human being. She didn’t think her actions killed anyone.

So I get it, it’s better to shout your abortion as just a medical procedure because the alternative, homicide, is unthinkable. Causing the death of another even by accident is never celebrated. It is a cause for sober reflection and regret but not advertisement. Having a mere medical procedure is no big deal and if a bunch of Y Chromosomes who will never have that procedure start shaming, well then its time to shout. You call it homicide? We’ll take back the word. Huzzah for Homicide.

I have a question for NARAL and the shoutyourabortion campaign: What happened to Safe, Legal and Rare? Remember that slogan? As early as 2008 Democratic nominee Hillary Clinton did. She doubled-down on safe, legal, and rare. Here’s Miles Smith IV writing for the Witherspoon institute making this point:

As late as 2008, Hillary Clinton—a leading political voice for the abortion cause—used this phrase, emphasizing that she believed abortion should be “safe, legal and rare, and by rare, I mean rare.” She even conceded that a mother’s decision to end the life of her unborn child “should not in any way be diminished as a moral issue.” Clinton understood, she said, the religious aspect of the decision, because the decision undoubtedly distressed “a young woman, her family, her physician and [her] pastor.”

I might disagree with pro-choice people about what someone should do in that situation but at least in 2008, then Senator Clinton believed that abortion was not a good thing in itself. It was more like a necessary evil. So I’ll be waiting to hear from nominee Clinton to see if she reaffirms what she said in 2008 or if her views like those of the President have evolved. Since I require oxygen to live, I won’t be holding my breath.

Remember when discussions about the personhood of the fetus was something people were willing to debate? Remember when Ronald Reagan argued that if we can’t determine when a fetus becomes a person, we should err on the side of caution? Yeah, those days are over. Apparently the metaphysical question of person has been solved when we weren’t looking. Here’s Lindy West who started the #shoutyourabortion twitter campaign:

There are no “good” abortions and “bad” abortions, because an abortion is just a medical procedure, reproductive healthcare is healthcare, and it is a fact without caveat that a foetus is not a person. I own my body, and I decide what I allow to grow in it.

It is a fact without caveat. I’m so glad that Lindy West has solved the metaphysical issue of moral status and personhood apparently by simply saying it. No need to talk about abortion being rare. The fetus isn’t person. QED. Argument by assertion. So there.And if you have a Y chromosome, shut up. And if you felt guilty about your abortion. If you struggled with depression and anxiety. If you went to counseling and prayed to God for forgiveness, shut up.

Lord what fools these mortals be.

I had a friend. Someone I was dating at the time, tell me that she had an abortion when she was young and before she was a disciple of Christ. I could tell it was a very hard thing to tell me. I hugged her. I told her, just in case she needed to hear it, that God loved her and I thought no less of her. Please don’t take my comments as some Y chromosome who wants to shame women who faced something I have never, and will never, face. However, there is compassion and understanding and then there is reveling–no, wallowing–in one’s decision on the basis of what matters is limits of my own pleasure. To paraphrase J.S. Mill, better to be 2008 Hillary troubled by abortion than Lindy West untroubled by abortion at all.

Who is Israel and Why You Need to Know: A Review of Batya Wooten’s “Who is Israel?”
Answering JW Objections to the Deity of Christ