God Made Them That Way 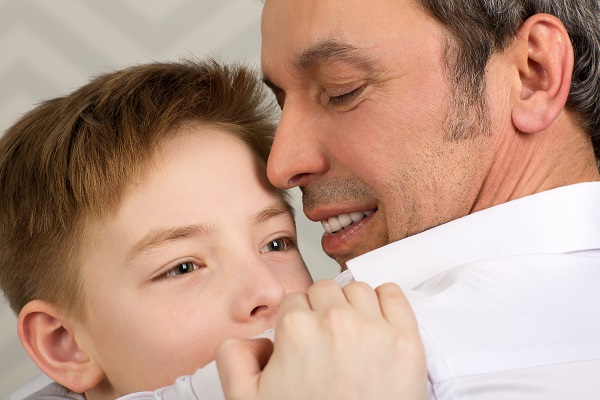 When we initially commented on Suzanne DeWitt Hall’s HuffPo blog,  “Jesus: The First Transgender Man” with “Jesus Transgendered?” we had no expectation that anyone from the Huffington Post would read much less respond to our thoughts. To our surprise Suzanne DeWitt Hall did both, informing us that she did a follow up to her original piece, titled “Christians Turn Love into a Four-Letter Word”, in which she included hateful comments she had received from some who identified themselves as Christians and some who didn’t identify themselves as anything in particular.

We addressed this in “Seasoned with salt…” which Suzanne DeWitt Hall also commented on. In her response she used an argument which we often see used in defense of gay, lesbian, etc., sexual behavior. But before we delve into that I would like to make a point of clarification.

A small percentage of humans are born with birth defects such as ambiguous genitalia and/or Sex Chromosome Abnormalities. As we pointed out two weeks ago, these and other physical maladies are a result of the Fall, and those so afflicted need and deserve our prayers and support no differently than a family who has a child born with any other physical disorder.

However, there no evidence whatsoever that transgenderism solves any real physical or organic problem. In fact, there is ample evidence that rather than enhance quality of life, “the cure” compounds the unhappiness of the people who choose it. Professor of Psychiatry and former psychiatrist-in-chief for Johns Hopkins Hospital, Dr. Paul R. McHugh, has pointed out that not only is “the suicide rate among transgendered people who had reassignment surgery is 20 times higher than the suicide rate among non-transgender people,” but “70%-80% of children who had expressed transgender feelings…over time…spontaneously lost those feelings.”

McHugh compares the person with an “intensely felt sense” that he or she is the wrong gender to a “‘dangerously thin’ person suffering anorexia who looks in the mirror and thinks they are ‘overweight.’” In other words, according to Dr. McHugh, what we’re really looking at here is not a male trapped in a female body or a female trapped in a male body, but a form of mental illness. And so Johns Hopkins no longer performs sex-change surgery “since producing a ‘satisfied’ but still troubled patient seemed an inadequate reason for surgically amputating normal organs.” (“Johns Hopkins Psychiatrist: Transgender is ‘Mental Disorder;’ Sex Change ‘Biologically Impossible,’ by Michael W. Chapman, ).

Pro-transgender web sites went quickly into overdrive to rebut Dr. McHugh’s conclusions, mostly blaming alleged rejection by society for the high suicide rate. Some have trumpeted a recent study which concluded, among other things, that parental acceptance appears to cut the transgender suicide rate by 57%—which obviously misses the fact that for such fortunate individuals it still remains 800% higher than the general population.

As previously mentioned, Suzanne DeWitt Hall appealed to the “God made them that way” argument. As is often the case, the argument as laid out suffers from a confusion of categories. The amoral category of physical characteristics, “blue eyes,” “big feet,” should not be confused with moral (or immoral) choices that people may have a propensity for, such as “a propensity for anger,” or a propensity towards selfishness. There is certainly a wide array of physical birth defects, such as being born with “a heart condition,” cleft palate, and others too numerous to list. But there is a huge difference between “God made them this way,” to “God permitted them to be born that way.” God’s original creation was flawless – Adam and Eve brought physical and spiritual defects into the human condition. As far as God is concerned, the worst human “birth defect” is not physical but spiritual – our “sin nature” – the bent of human beings to do what is wrong, rather than choose to do right, often against our desires. Again, the fall of Adam and Eve is responsible for this colossal defect, not God. God could have either destroyed the human race in its infancy to eliminate this defect, or He could, as He did, “permit” people to be born defective and provide a way for sinful people to choose a “new nature,” through belief on His spiritually perfect son. We can either stay as we were born, in “the Adam family,” or we can be born again into “the Jesus family.” By faith we understand that human beings who choose the Jesus family will eventually be perfect in every way, at the time of our redemption. Romans 8: 20-23

The “God made them that way” argument is offered to give validity and put God’s stamp of approval on sexual relationships He has already forbidden. But if particular sexual desires such as same gender sex are “God given” as claimed, then wouldn’t the desire to have sex with children also be God given? Ms. Hall was clearly outraged that I suggested that she should defend pedophiles to the same degree she defends LGBTQ:

to say that I should defend criminals because I defend LGBTQ rights is simply outrageous. Child predators and rapists do direct harm to others.

There are two points here. First, Ms. Hall has suddenly jumped from an argument based on desire to an argument based on harm and criminality—two inherently different types of arguments. Is she thus acknowledging an inherent weakness in her argument, which was originally based on desire? She doesn’t say; she simply leaps to a different kind of argument. But why else would she so quickly abandon her prior basis for defending her view?

If, as is claimed, God created each individual with certain desires, and if the mere existence of such desires demonstrates God’s approval of them, then why would that not be just as true for those attracted to children as it is for those attracted to those of their same gender?  It wasn’t all that long ago that homosexual behavior was a criminal offense in some states, but that changed due to the incessant drumbeat from those who insist that people should be free to fulfill their desires. Fathers left their wives and children to live with their male lovers. Mothers left their husbands and often their children in order to live with their female lovers. People were hurt, sometimes terribly, but that was okay because it was all about freedom to fulfill their allegedly “God-given desires.” So if inborn desire is God-given, then wouldn’t the correct course of action for an activist be to try to decriminalize pedophilia?

Earlier we noted that physical maladies are the result of humanity’s Fall into sin. The Bible is clear about this, but it is even clearer about the fact that many of our desires are also the result that same Fall. The tenth commandment, “You shall not covet,” is a commandment against desire—the desire for what does not properly belong to us. Such coveting is identified with lust and greed and desires for vengeance, all of which are considered “natural” and “normal” by secular society, and when they rear their heads they’re usually blamed on something outside ourselves. Socially unacceptable desires are blamed on parenting, traditions, the social environment, and what-not, but as soon as any desire finds a particular level of acceptance it is not only considered to be above suspicion but is celebrated as God-given, no matter how disgusting it was once commonly held to be.

For Bible-believing Christians, however, no desire is above suspicion. Desire or temptation to engage in some sinful behavior is beyond our control – we are all temped in various ways – but acting on sinful desires is wrong. In fact, acting on many desires is outright forbidden because they are inherently destructive to all relationships, whether between God and people and between people and each other, and whether we admit it or not. It is not enough to say that the contemporary reflex to honor all forms of sexual desire as God-given is contrary to Scripture. We must also say that not a single Christian tradition in the history of the church has ever known such a reflex, which would seem to point to the fact that it is not Christian. Christians have always been aware and taught that they will battle temptation their whole lives, and they should not give in to them. We admit that to a non-Christian, or a person without a Christian worldview, this thought is not at all appealing and probably seems like needless suffering.

If the issue is one of criminality it should be noted that age of consent laws didn’t come into usage in Western culture until 1275 when it was established as age 12 (mostly to deal with rape) in England. Over 20 countries currently practice child marriage. It is provided for in Islam’s Qur’an, Hadith and Islam’s prophet, Muhammad practiced pedophilia. As we point out in “Sex Before Eight or It’s Too Late” and Harry and Larry Decide to Marry headway is already being made to decriminalize and normalize pedophilia. For over two decades some in the psychological community have been publishing “studies” claiming that no harm comes from pedophilia and may even have beneficial effects. In a 1999 paper published by the American Psychological Association argued that pedophilia is only harmful if the child feels bad. According to the authors, the only reason a child would feel bad is because adults make them feel bad and so, they suggest, we need to start using more affirming language like “adult-child sex.” I suspect the “P” will be added to the rest of the growing sexual alphabet which just a few weeks ago was LGBTQ but has already grown to be LGBTQIA.  At a University of Cambridge conference on “Classifying Sex: Debating DSM-5″ in July of 2013 several researchers were clear that “Paedophilia is natural and normal for males.” Within the next 10-20 years we may catch up to the more “enlightened” view of a growing number in the psychological community and of the nations who practice pedophilia. When that happens any who objects to accepting and indeed celebrating adult-child sex will be ostracized as having pedophobia and will be punished by the same progressives who currently defend the other sexual desires. But, none of this is really surprising as Western Culture has thrown off the shackles of Judeo/Christian morality which has been the guide for Western Culture over the last 1700 years. We are returning to the sexual mores of First Century Rome. Although same gender sex was common in pagan Rome, even they didn’t have gay marriage. Married men had mistresses and men of means also had catamites, a boy 12 years old or so, for the purposes of sexual gratification. Pedophilia was considered normal and even part of the initiation into adulthood.

Obviously, we don’t support such behavior, but then we believe the biblical teaching that marriage is between one man and one woman and that sexual relations with anyone outside of that union is sinful, wrong, and unsanctioned by God.Ω

We also appreciate the input of our Senior Researcher, Ron Henzel, on this piece.