Missionaries To America?
An Invitation to Disaster 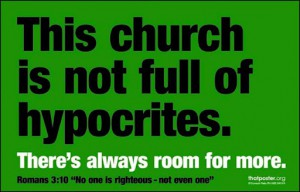 Robert Tilton, Jimmy Swaggart, Jim Bakker, Ted Haggard. As Sonny and Cher said, the list goes on and on (or was that the beat?).  Ah yes, the Church’s black sheep just added two more to the fold.

Josh Duggar of the famous “19 and Counting” Duggars was found to have fondled his sisters when he was younger and resigned from the Family Research Council. Now thanks to a hacker group calling themselves the “Impact Team,” everyone who had an account with Ashley Madison, the Canadian website who’s tagline is “Life’s Short. Have an Affair”, has been outed. Duggar was listed as was popular Christian video blogger, Sam Rader of “Sam and Nia”.

Sam Rader and his wife Nia are bloggers who gained fame and infamy over a pregnancy announcement. Sam and Nia video blogged (vlogging as the cool kids call it) that Nia was pregnant even before she knew it because Sam tested Nia’s urine from the toilet without her knowing. Later they reported they suffered a miscarriage and vlogged about that too. The whole thing has been questioned as a publicity stunt. The Raders are making good money from advertising on their vlog after all. Then Ashley Madison happened again. Sam had an account. But the Raders did not disappoint, taking to their video once again to do a mea culpa with Sam admitting his one-time fascination with the Ashley Madison site. Sam assures us that God has forgiven him and so has his wife.

Some people couldn’t be happier at all the schadenfreude. (leave to the Germans to come up with one word that is harder to pronounce and almost as long as “happiness at other people’s misery”)  As one responder to a blog post said, “Josh Duggar deserves every ounce of Schadenfreude we can squeeze out of his pasty carcass”

The Friendly Atheist over at Patheos doesn’t think Sam Rader deserves the same Schadenfreude that Josh Duggar does.

If you want to blame him [Sam] for cheating (though there’s no evidence he met anyone from the site), okay, but what about everyone else? If you want to blame him for hypocrisy, you have to stretch a bit to do it. Yes, he marketed himself and his wife and kids as wholesome and “Christian”… but I would feel more comfortable with people ruining his life if I knew he was doing the same to others.

Just because he’s a public figure isn’t reason enough, in my view, for him to get this sort of treatment that’s typically reserved for politicians and pastors.

So why the difference? One reason seems to be that Duggar had been executive director of the Family Research Council which lobbied for legislation against pornography and gay rights. Whereas Sam and Nia are just two Christians cause celebre who found a way to make money video-taping their lives. As an aside: Nia, Sam’s wife, made a statement refuting the allegations that the pregnancy and miscarriage were stunts to drive up ratings. “We’re a Christian family; the last thing we would ever do is deceive our audience. We’re very open with our fans.”

Turns out our gut feelings about hypocrisy might be more complicated than we thought. As Peter Kreeft says, if hypocrisy is not practicing what we preach, then we are all hypocrites unless we stop preaching. It can’t be that hypocrisy is preaching one thing and failing to be perfect. Hypocrisy is more than that. So maybe what we need is a way of identifying when someone is a hypocrite and the various kinds of hypocrites out there–a field guide, as it were. Here’s our first entry:

What is Christian Hypocrisy?

The word hypokrisis has its etymological roots in Greek stage plays. It was a term that first described those who wore a false face to pretend to be someone else on stage. Of course, that’s not all it came to mean. Jesus uses the term almost exclusively for those in power. The leaders of Israel who sat in the seat of Moses had authority and yet their inner lives were like tombs filled with putrid dead bones. 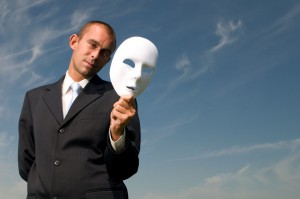 So a Christian hypocrite is someone who puts on a false face–a face that is prominent and appears like a mature disciple but behind the face is a disaster. Exhibit A 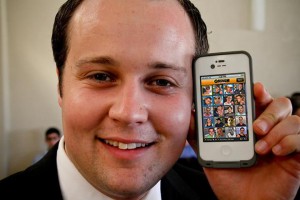 This particular creature is known for ascending to a place of power and public scrutiny espousing, defending, and often lobbying legislation for a way of life he or she is secretly violating. The lifespan of demogogus has declined in recent years due to the fact that the internet forgets nothing. Demogogus is particularly damaging to the Christian public image because of his proclivity for lobbying congress.

There are two major things that prevent public figures from becoming the hypocritical leader: sunlight and accountability.

By “sunlight” I mean the more public your message becomes the more transparent you have to be. The farther into the corridors of power you tread, the more you must be willing to open your life to others. Josh Duggar knew what he was doing behind closed doors. When he decided to stand as director at the Family Research Council, he should have told the public that he had indulged in family destroying sins. Then he wouldn’t have been a hypocrite, though he might also have not been in leadership anymore.

Most of the time, I think Atheists who get annoyed with our talk of “God has forgiven me” aren’t annoyed at forgiveness but the lack of self-imposed consequences. Jimmy Swaggart gives a tearful confession and asks forgiveness. Great. That’s what we do as Christians. We extend forgiveness. But then he’s back on the air and hawking Jesus wear before the confession is even cold? That’s what cheapens the whole thing. I think this is what the Friendly Atheist means when he says,

Just once, I would love to see Christians say they asked for forgiveness and God responded with a “No.” But God is their permanent Get Out of Jail Free card, so that will never happen.

True, this is chaffing at grace but it’s more than that. There is real frustration with the idea that forgiveness is without consequence. Josh’s parents admitted that Josh fondled his sisters to police. He should have never offered himself as a leader of the evangelical movement at all.

The second thing needed to prevent one from becoming a Hypocritical Leader is accountability. It’s a buzzword in Christian circles and has been for a while. It means essentially that there are people in your life who have permission to ask you hard questions about what you do behind closed doors. Also, these people are ones who agree to take your call day or night when you are about to do something stupid and sinful. They are the ones who talk you down off the ledge. If Josh Duggar had called someone when he was sitting there alone with his computer about to sign up for Ashley Madison, they could have told him, nothing is done in the shadows that won’t be dragged into the light.

Perhaps you say, “That’s all well and good Miles for you to pontificate about what we ought to do. But what about you? I’m sure you have some skeletons in your closet.”

After appearing for my 2nd time on a major network news show, I had become friends with the host. He not only shared our message with millions of people, he personally vouched for me and our ministry. I considered him a friend and the night the program aired I called him and said thanks again. He then said something to me that I’ll never forget:

“If I ever catch you with your pants down or cheating on you wife I will come to your house . . . ”

What the host said after that is not really fit to print. He graphically threatened Craig with bodily harm if he became a hypocrite in the spirit of “I really want to see you remain faithful. I like you. I don’t want to see you fall. Don’t disappoint me. ”

If we can give the secular world that which they deep down desire, maybe we can repair some of our public image problem.

Missionaries To America?
An Invitation to Disaster